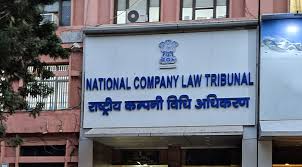 The Central government on Saturday approved the proposal for appointment of eight Judicial members and 10 Technical members in the National Company Law Tribunal.

According to a notification issued by the Ministry of Corporate Affairs tonight, the Appointments Committee of Cabinet approved the names of 18 new members in NCLT for a period of five years from the date of assumption of charge of post, or till attaining the 65 years, or till further orders.

He was enrolled as advocate on 07/01/1981. He practiced before City Civil Court, Court of Small causes, Chennai, High Court of Madras and Company Law Board.

During farewell function on his lordship’s superannuation from the Madras High Court, two years back, he had said, “Law has been like an oxygen to me’, I have spent most part of my life with law books, legal journals, and Court than with my family, friends and well-wishers. I have no simmering doubt that the Madras High Court will continue to produce greater legal luminaries, legal minds in the years to come. I can dwell in peace forever that I have been a small drop in this greater Ocean called the ‘Madras High Court’.”