Of the 42 judges, 32 will be permanent Judges and 10 will be Additional Judges. Similarly, these would comprise 28 elevations from the Bar and 14 from judicial services. 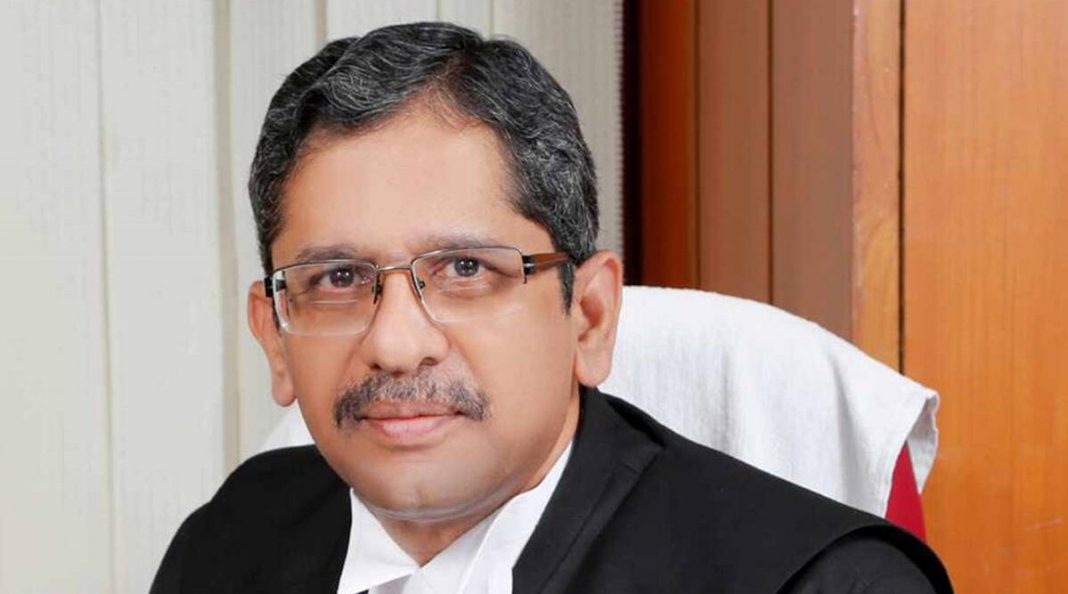 The process to increase the strength of Telangana High Court Judges from 24 to 42 has received acceleration from none other than Chief Justice of India, Justice N.V. Ramana.

The Ministry of Law and Justice is due to put out a notification soon, since Chief Justice Ramana gave the final approval on Tuesday, fulfilling a long-pending request of the High Court of Telangana.

Of the 42 judges, 32 will be permanent Judges and 10 will be Additional Judges. Similarly, these would comprise 28 elevations from the Bar and 14 from judicial services.

The expansion of the Telangana High Court is said to be one of the biggest hikes in a long time.

The proposal for a hike in sanctioned bench strength in view of the higher pendency in Telangana High Court was sent to the Union Minister of Law and Justice by the then CJ of High Court of Telangana on February 13, 2019 after the endorsement of the Chief Minister and the then Governor of Telangana. The Ministry examined it in detail and kept it in abeyance.

Further on a PMO reference based on a letter from the Telangana Chief Minister to the Prime Minister, the matter was revisited by the Ministry once again. The Ministry then conveyed to the then Chief Justice of Telangana High Court that the preference be given to filling-up vacancies first. The matter then remained dormant till CJI Ramana assumed charge.

The CJI then wrote to the Union Minister specifically on the High Court of Telangana. In his May 27 letter, Justice Ramana highlighted the fact that with current strength of 24 it would be highly inadequate to address the pendency of 2.37 lakh cases (2.03 lakh Civil and 34,000 criminal cases).

The Ministry, upon receipt of the CJI’s letter, concurred with the proposal to enhance the sanctioned bench strength from 24 to 42 and conveyed the same to CJI on June 7.