An artist’s inspiration can come from any source, and the Court cannot filter real-life events, said the Court. 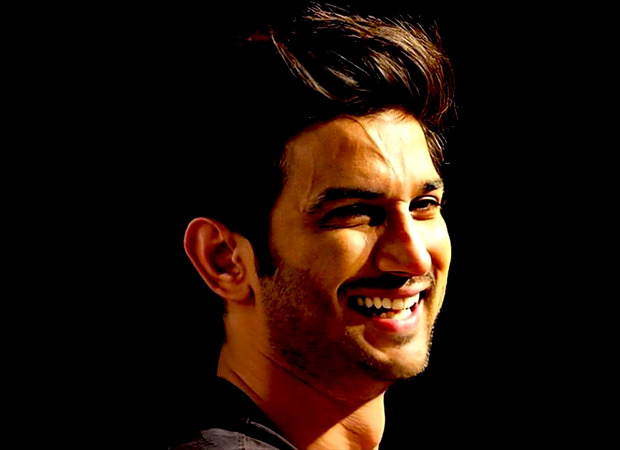 The Delhi High Court today has dismissed the plea filed by late Sushant Singh Rajput’s father Krishna Kishore Singh seeking an injunction against film producers from releasing movies on life related to the late actor while stating that the artistic freedom to create fictional works cannot be controlled, limited, or confined within the set boundaries.

An artist’s inspiration can come from any source, and the Court cannot filter real-life events, said the Court.

It said, “this court find merit in submission of the Defendants/Film producers that details of the demise of SSR received widespread and protracted news coverage in all media, which are available in the public domain, and form a part of the public record. Admittedly there are several news reports, articles, write-ups, features, videos, etc. on this topic which are widely available in public domain. If the events that form the subject matter of the films are in the public sphere, in terms of there being prior reporting of the matter in controversy, the Court does not find any justification to retrain publication of work that is claimed to be fictional and only draws up inspiration from such events.”

Further it held, that the breach of privacy is not being asserted on the ground of defamation. It is founded primarily on the commercial exploitation of the personality of the celebrity, which, as elaborated hereinafter, can be adequately remedied by award of damages/compensation.

In the present suit, which was filed by Krishna Kishore Singh/ Plaintiff father’s of late actor Sushant Singh Rajput against film producer Sarla A. Sarogi and others, the question of right to privacy has arisen. The suit has been filed seeking permanent and mandatory injunction in order to protect the “Celebrity Rights” of the plaintiff’s son. The counsel for Plaintiff on instruction of plaintiff had made a statement in public that ‘No film/serial/ book shall be allowed on Sushant without (his) father’s consent’

The plaintiff stated; “Despite making the statement in the press, there are certain attention seeking persons who are trying to get fame by invading privacy of Plaintiff’s family members and also disparaging the reputation of plaintiff and his deceased son.”

The Delhi High Court has observed that ;

“…The submissions on this aspect (Right to Privacy) are unspecific and vague. No definite instance has been presented by the Plaintiff to show how this right is infringed and therefore, the plea is devoid of merit.”

Question of Right to Fair Trial

The plaintiff contended that since there is an ongoing CBI investigation in the death of SSR, the fictitious portrayal of the circumstances surrounding his death will prejudice the case of the Plaintiff.

The plaintiff further contended that;

“Ashok Saraogi (Defendant No. 4) has been quoted in the media as saying that, “Since I was involved in this case, … definitely I know the internal things … so I had to take the lead and I asked my wife to produce this film”. He goes on to say that his movie will give fresh information in the case, and “It’s like pushing the investigative agencies to move further on the basis of the hints given by us.” This amounts to blatantly interfering with the process of justice and creating prejudice in the minds of the public.”

On this, the court had held; “…no foundation is set up to demonstrate as to how the films would impair the fairness in investigation or trial.”

It further said; “… it must be remembered that the investigative agencies and judicial system do not rely on cinematographic films for the purpose of investigation or judicial pronouncements.”

The plaintiff, on the question of defamation stated that;

“..having SSR associated with the Defendants’ forthcoming feature film of immoral and promiscuous nature, the Plaintiff and his son would be subject to defamation and slander, and gross damage would be caused to his vast reputation/goodwill amongst the public across the world and the Hindi film industry, which has been built over the hard work of several years by SSR.”

The court has held that; “The Court finds this plea to be misconceived and the allegation to be entirely speculative, based on assumptions and presumptions. Without knowing the contents of the said film and only by relying on some news articles, the Plaintiff cannot argue that the depiction in the films is intended to be tarnished by the Defendants.”

Right to Privacy versus Freedom of Speech and Expression.

Learned Senior Counsel Vikas Singh, appearing for the plaintiff also argued that news articles covering death of Sushant are not verified and the same cannot be used as a “Public Record”.

On this, the Delhi High Court observed that;

“…this argument cannot discern the fact that the events relating to the life and demise of SSR are in public domain. Even in the case of R. Rajagopal (supra), it was held that the Petitioners in the said case had right to publish what they alleged to be a life-story/autobiography, insofar as it appears from the public records, even without the consent or authorisation of said person. Further it was held that if they go beyond that and publish his life story, that may be evading the right of privacy, they will be liable for consequences in accordance with law. Here, the fictional rendition for dramatic presentation based on certain events falls within the scope of artistic freedom of expression and speech.”

The Suit before the Delhi Court was filed by father of Late Actor seeking ad-interim ex-parte injunction against the named and unnamed Defendants from using his son’s name, caricature, lifestyle or likeness in forthcoming films and other ventures, contending that any such publication, production, or depiction would be an infringement of personality rights, right to privacy which includes right to publicity, cannot be undertaken without the prior approval of his legal heir; and a violation of right of fair trial – under Article 21 of the Constitution of India. He believed that the Defendants are trying to exploit this media frenzy and public curiosity surrounding SSR’s life and the circumstances surrounding his death, for their commercial gain. It was his case that “Defendants No. 1 to 4 are making a movie which is a self-proclaimed “tribute to Sushant Singh Rajput”, titled ‘Nyay: The Justice’ slated to be released on 11th June, 2021 [produced by Defendant No. 1 (Sarla A Saraogi) and Defendant No. 2 (Rahul Sharma), directed by Defendant No. 3 (Dilip Gulati), and outlined by Defendant No. 4 (Ashok Saraogi)]. It is pointed out that Ashok Saraogi is the lawyer of one Ms. Shruti Modi, who was the former manager of the Plaintiff’s son, and is being investigated as one of the accused persons in the CBI case. Similarly, Defendant No. 5 & 6 (M/S VSG Binge and Vijay Shekhar Gupta) are making a movie titled ‘Suicide or Murder: A star was lost’, Defendants No. 7 (Sanoj Mishra) is making a movie titled ‘Shashank’ and Defendant No. 8 (Nikhil Anand) is making a crowd-funded movie which as yet is untitled. Defendant No. 9 is a John Doe / Ashok Kumar impleadment of unknown person(s), against whom a relief of the same nature is sought, by way of a pre-emptive measure.”