People who are suffering do not look for well-dressed lawyers, all they want is relief, says CJI NV Ramana 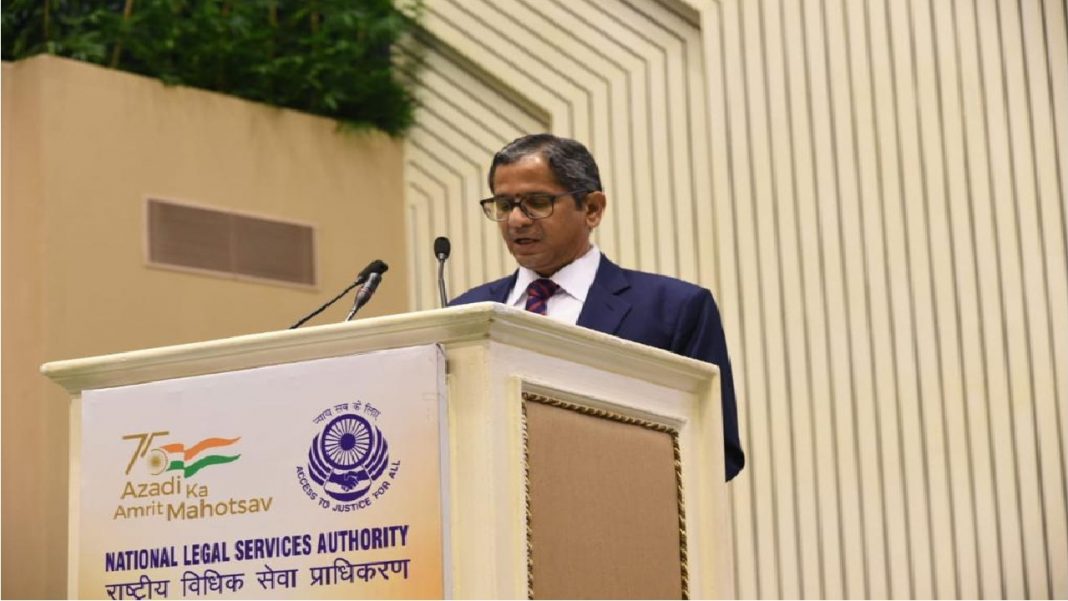 Chief Justice of India NV Ramana on Sunday said people who are suffering do not look for well dressed, erudite lawyers or colossal court buildings. All they want is to be relieved of their pain quickly, without exhausting all their resources. He further said that everyone needs to work together to promote a sense of belonging with the justice delivery system, among the public.

On November 14, the pan India legal awareness and outreach campaign got concluded, attending the valedictory ceremony of the legal service campaign, the CJI said,

“The Supreme Court and the High Courts are hugely conscious of the Constitutional scheme, which is honoured in letter and spirit by all of us. Since our decisions have a huge social impact, they should be easily comprehensible and must be written in simple and clear language.”

CJI Ramana quoted Jawaharlal Nehru, “there could be no real freedom without economic freedom and to call a starving man free, is but to mock him.”

He further said, “The stark divide between the haves and have nots is still a reality. No matter how many cherished declarations we successfully arrive at, in the face of poverty, inequity and deprivations, it will all seem pointless.”

“People’s aspirations about leading a dignified life are often met with challenges. One of them, primarily, is poverty. This is where initiatives like this intensive awareness campaign launched by NALSA on Gandhi Jayanti day assume great importance. The schemes and activities of NALSA act as a necessary bridge ensuring access between the benefactor and the beneficiary. The work we do at NALSA is essential for a healthy democracy. The endeavours that are initiated by NALSA are probably the only means to access justice for certain sections of our society.”

CJI also thanked PM Modi and his government for extending all necessary help in giving a boost to the legal aid movement in the country.