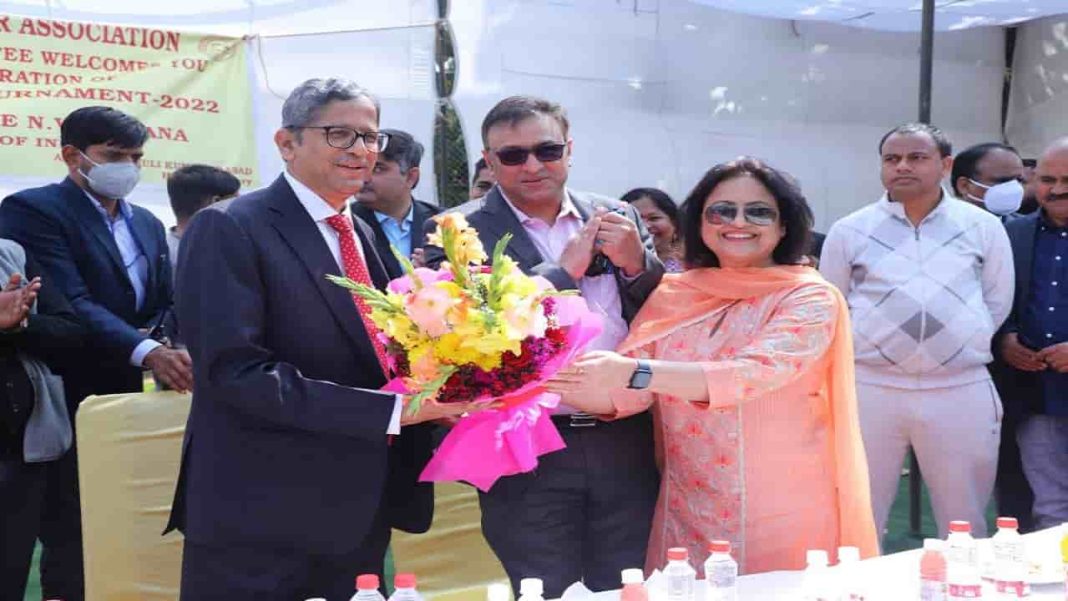 CJI Ramana chanced his arm at bowling. He was also given a jersey with his name emblazoned across the back.

SCBA Vice-President Pradeep Rai and President Vikas Singh took part in the event along with many other SCBA members.

Fifteen teams have been divided into four groups and will play from Saturday till March 13. The top two teams from each group will qualify for the quarterfinals which will be played on March 26 and the semi-finals will be held on March 27. The date of the finals of the tournament is yet to be announced.