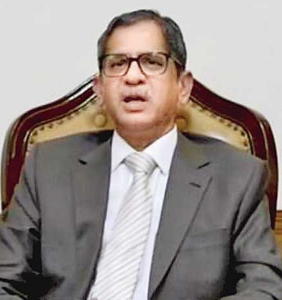 Chief Justice of India N.V. Ramana will chair the 39th Conference of Chief Justices of High Courts on Friday.

The Chief Justices’ Conference, to be held in the Supreme Court premises, will be attended by Justice Uday Umesh Lalit and Justice A.M. Khanwilkar, seniormost Judges of the Apex Court, along with all the Chief Justices/Acting Chief Justices of High Courts.

This will be followed on the next day (April 30) by the Joint Conference of Chief Ministers and Chief Justices, to be held at Vigyan Bhawan, New Delhi.

This Joint Conference, which will take place on Saturday, will be inaugurated by Prime Minister Narendra Modi, said a statement issued by the Supreme Court Registry.

Both the Conferences are being held after a gap of six years.

The ‘Chief Justice Conference-2022′ aims to address and resolve the issues concerning judiciary and shall review the progress made on the Resolutions passed in the previous Chief Justices’ Conference-2016 and also consider further steps that need to be taken to improve the justice delivery system in the country, said the statement

It further said that the Conference will deliberate on the issues of infrastructure and capacity building, with special focus on development of IT infrastructure in Courts, human resources, institutional and legal reforms, Appointment of High Court Judges etc.

It will further deliberate on ‘Institutionalisation of pre-litigation mediation and setting up of a robust mechanism for ADR’, among others.

While hearing a PIL seeking improvement of judicial infrastructure last week, CJI Ramana had remarked that the issue will be disucssed during the CJ-CM conference.