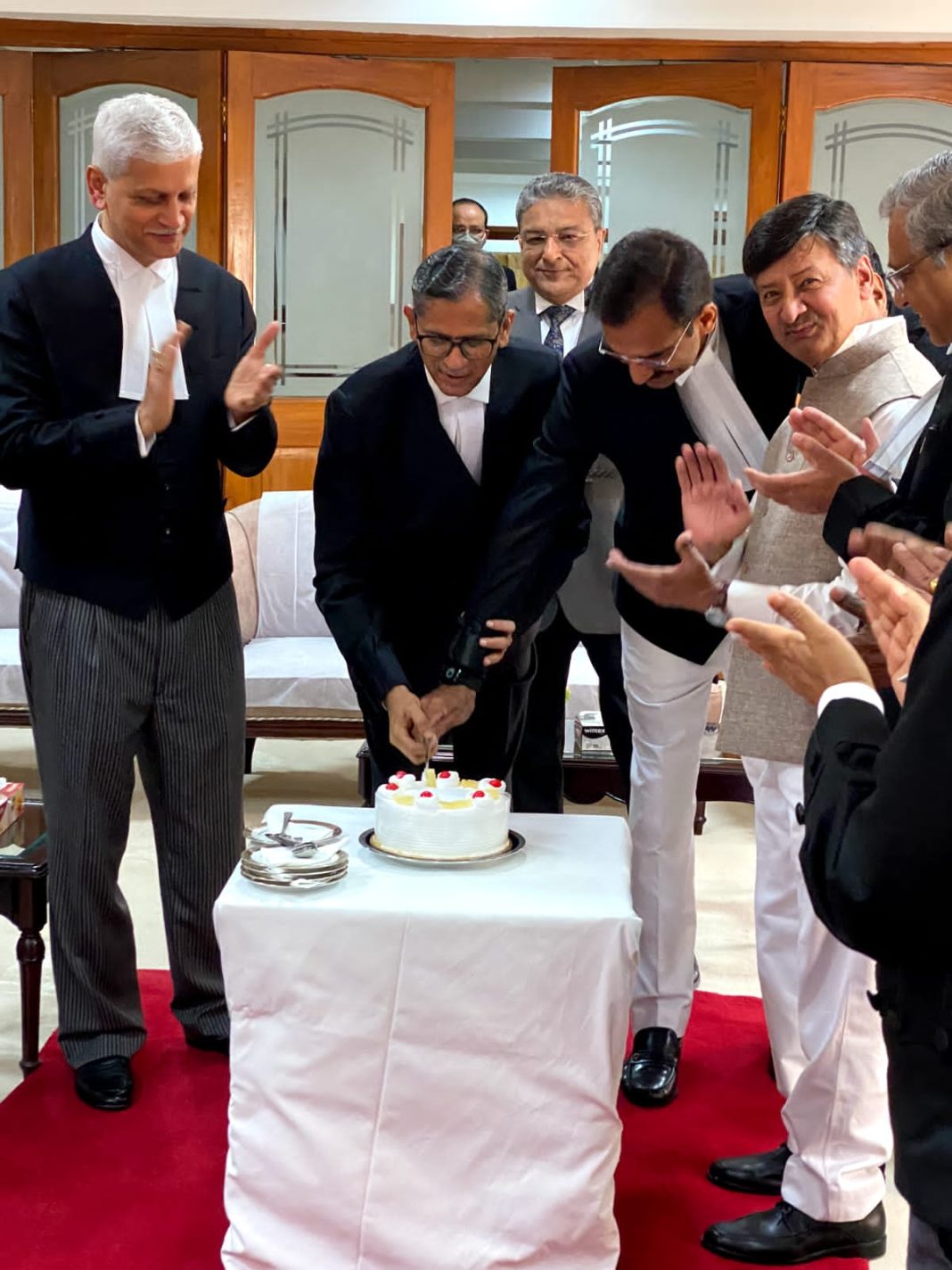 A cake cutting ceremony took place this morning in the Judges Lounge of the Supreme Court. The winning captain of the team Hon’ble Shri Justice L. Nageswara Rao along with the CJI celebrated the occassion in the presence of all the other senior judges.

The captain of CJI-XI scalped two wickets in three overs gave a jolt to the SCBA side. During the power-play over,the man of the match was Justice Anand Venkatesh, who contributed 34 runs and picked up 3 wickets to script a 72-run win for the CJI-XI team.

The best fielder turned out to be Col. R Balasubramanian, who was praised by the other players and commentators as well.