Justice N. Anand Venkatesh was Player of the Match and Best Bowler and Justice Raja Vijayaraghavan Valsala was declared the Best Bowler. 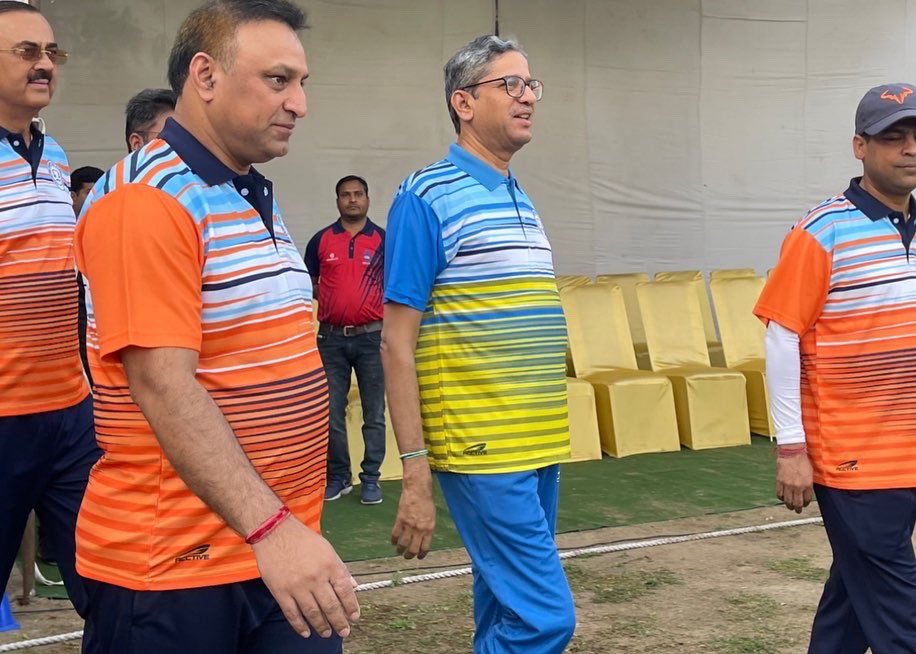 Unlike every day at work, the Chief Justice XI and the Supreme Court Bar Association XI faced each other on a different field on April 3. Led by the Chief Justice of India, Justice N.V. Ramana, Justice N. Anand Venkatesh’s 34 runs in 36 balls and Justice Raja Vijayaraghavan Valsala’s unbeaten 40 in 20 balls helped the CJI XI score a thumping 72-run win over the SCBA XI in their T-20 cricket tournament at the Modern School grounds in the capital.

The match was inaugurated by CJI Ramana by hitting three balls bowled at him by Senior Advocate and SCBA President Vikas Singh. The friendly match between the bar and the bench kick-started with the toss being won by the CJI XI which chose to bat first.

Under the captaincy of Justice L. Nageswara Rao, the CJI XI started off on an impressive note by piling up 50 runs in 7.3 overs. The judges, who are not regular players, scored 160 runs in 20 overs and lost only 4 wickets. Justice Raja, Justice Venkatesh, and Justice Rao Ghuge emerged with the best performances and scored 40, 34, and 26 runs, respectively.

The SCBA XI was captained by Vikas Singh. The advocates failed to meet the target and were all out in 12.4 overs and scored only 88 runs. Senior Advocate Pradeep Rai, the SCBA Vice President, did his utmost to save his team and ended up scoring 23 runs in 25 balls, the top score for the bar. He was bowled out by Justice L.N. Rao.

Speaking to India Legal after the victory, CJI Ramana said he was confident that his team would bag the trophy.

The tournament ended with the prize distribution ceremony. The CJI XI lifted the trophy and announced the heroes of their team. Justice N. Anand Venkatesh was Player of the Match and Best Bowler and Justice Raja Vijayaraghavan Valsala was declared the Best Bowler.

Apart from the tournament, what drew attention was the commentary by Advocate Meenesh Dubey.