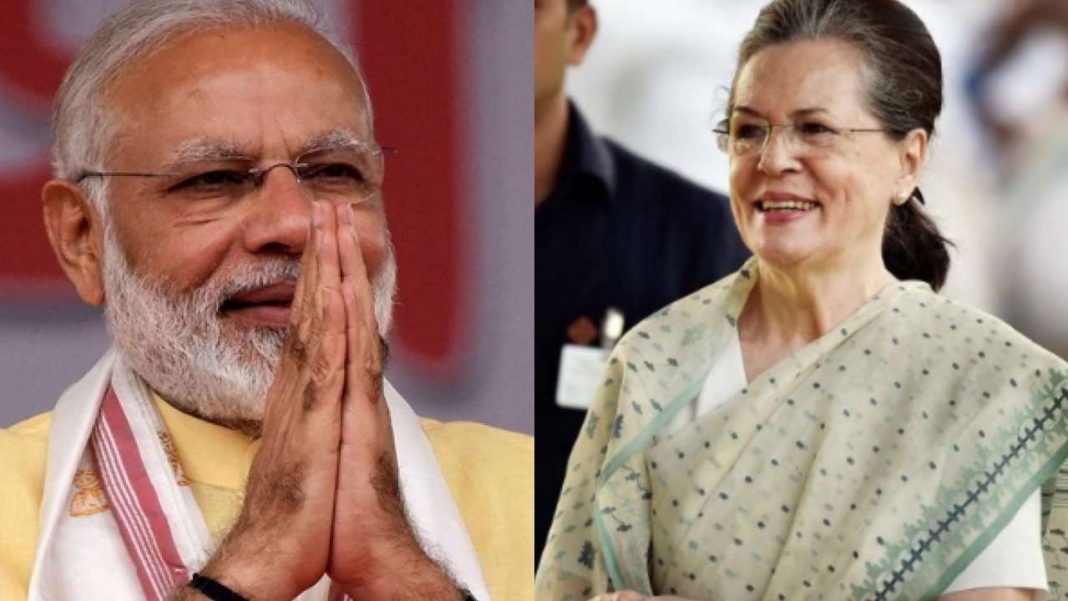 Congress president Sonia Gandhi on Tuesday has written a letter to the Prime Minister Narendra Modi, suggesting 5 tips to conserve money to fight the coronavirus disease (Covid-19). Her letter has come in response to the Prime Minister’s Sunday call seeking suggestions from various opposition leaders, including Sonia Gandhi, in the wake of the fast-spreading infection caused by the COVID-19 virus.

COVID-19 and also extending her party’s support to the government’s decision to slash salaries of Members of Parliament (MPs) by 30%, while also listing five suggestions to fight Gandhi in her letter demanded a complete ban on media advertisements television, print and online  by the government and public sectors undertakings (PSUs) for a period of two years, with the exceptions being advisories for Covid-19 or issues relating to public health.

The Congress president has urged Modi to put on hold all foreign visits, including that of the President, the Prime Minister, Union ministers, Chief ministers, State Ministers and Bureaucrats, making exceptions only in case of special emergencies or exigencies in national interest to be cleared by the PM. According to her, the amount can be utilised in the measures to fight with the virus outbreak.

Her suggestions also included suspension of the Rs 20,000-crore Central Vista beautification and construction project and transfer of all money under the PM-CARES fund set up last month to fight the pandemic  to the Prime Ministers National Relief Fund.

The Prime Minister’s National Relief Fund (PMNRF) was established in 1948 renders assistance to families of those killed in natural calamities like floods, cyclones and earthquakes, etc, to the victims of the major accidents and riots, etc. It consists entirely of public contributions and does not get any budgetary support, and the disbursements are made with approval of the Prime Minister.

Regarding the transfer of money under ‘PM Cares’ fund to the PMNRF, Gandhi sated that such transfer will ensure efficiency, transparency, accountability and audit in the manner in which these funds are allocated and spent, as creation of two separate entities for distribution of funds seems like a wasted of effort and resources.

She has also quoted the amount currently present in the fund, stating that :

“I understand that Rs. 3800 crores approximately are lying unutilised in the PMNRF (at the end of FY-2019). These funds plus the amount in PM Cares fund can be utilised to ensure an immediate food security net for those at the very margins of the society.”

The letter stated that every single Indian has made great personal sacrifices to fight this disease, and have complied with every suggestion, instruction and decision taken by the Prime Minister and the Central Government, and now its time for the government to reciprocate this trust and good faith.

Sonia Gandhi has also assured her full and unwavering support in combating the serious challenge of Covid-19 that is being faced by the country.