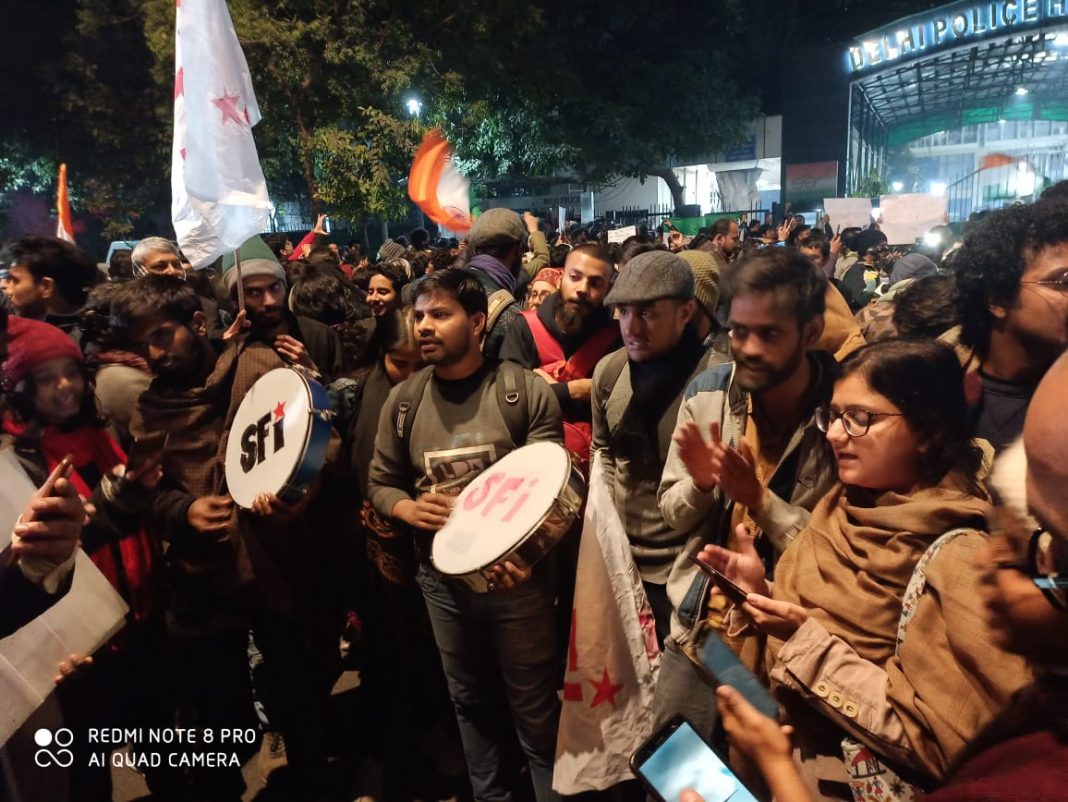 Tehseen Poonawalla, an activist and political analyst, has approached the Supreme Court with a contempt petition against the Delhi Police in connection with the attack on students allegedly by ABVP members.

Tehseen contended in his petition that Delhi Police “willfully disobeyed” the guidelines of the top court issued on July 2018 in Tehseen Poonawalla v. Union of  India. The court had then laid down detailed preventive, remedial and punitive measures to be taken by the government and its authorities to stop the evil of mob violence.

The apex court had directed that the public officials must be held accountable for the dereliction of duty for noncompliance with its orders by not taking action to prevent vigilante groups from inflicting violence against citizens of the country and taking the laws into their own hands.

Ghosh sustained severe injuries on the head and was taken to the Trauma Centre at All India Institute of Medical Sciences on Sunday night.

Instead of registering an FIR against the masked miscreants, the Delhi Police have filed an FIR against JNU Students’ Union President Aishe Ghosh and 19 others for allegedly vandalising a server room on January 4, a day before violence erupted on campus.