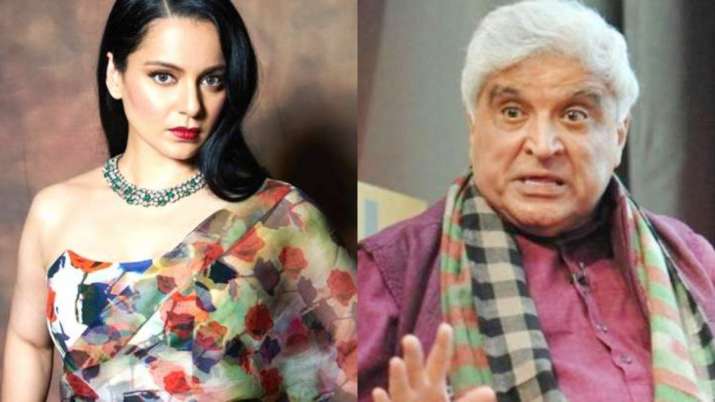 Wary of a warrant being issued against her, Bollywood actor Kangana Ranaut appeared before a Mumbai court on Monday in the criminal defamation case filed against her by lyricist Javed Akhtar. Ranaut has now sought the transfer of the case claiming she had lost faith in the court.

During the last hearing on September 14, Andheri Metropolitan Magistrate R.R. Khan had said the court will issue a warrant against Ranaut if she failed to appear in person. The actor has also filed a counter-complaint against Akhtar accusing him of extortion and criminal intimidation, and sought the transfer of the complaint to another magistrate.

The actor submitted that she had lost faith in the Andheri court hearing the matter. Through her lawyer Advocate Rizwan Siddiquee, Ranaut submitted she was being summoned without specifying any reasons as to why she was expected to appear.

Siddiquee added that Ranaut’s plea could have been recorded the moment he had appeared on her behalf, and that her presence was not required. He added that Ranaut had filed a counter complaint under IPC Sections 383, 384 (extortion), 387 (putting person in fear of death or of grievous hurt in order to commit extortion), 503 and 506 (criminal intimidation).

The complaint was registered in Andheri Court itself. Ranaut’s counsel requested for a short date to enable him to argue his transfer application before the CMM.

In November, Akhtar had filed the defamation case against Ranaut for the remarks she made about him during a TV interview while speaking about actor Sushant Singh Rajput’s death. He had also claimed that Ranaut had made defamatory statements against him in a television interview, which allegedly damaged his reputation.

Ranaut had reportedly told Republic TV Editor-in-Chief Arnab Goswami that Akhtar was part of a suicide gang and that he can get away with pretty much anything in Mumbai.