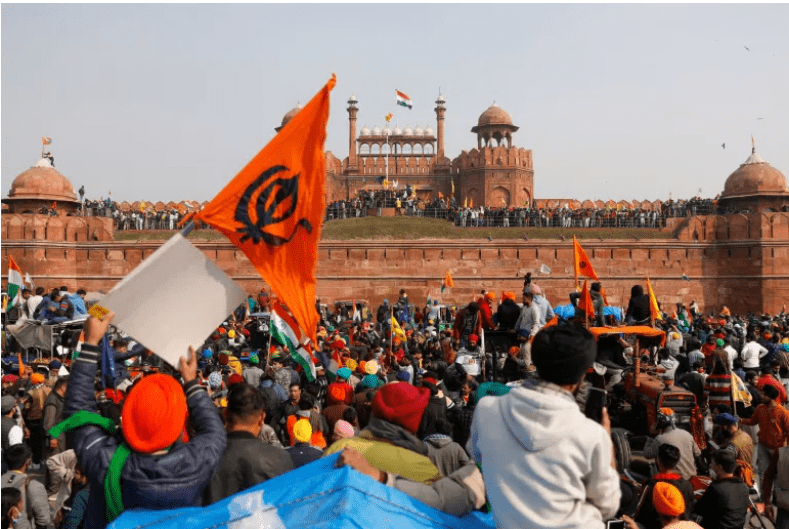 A Delhi court has granted bail to Khempreet Singh, who is accused of assaulting a policeman on duty with a spear during the Red Fort violence during the tractor parade by protesting farmers. The court relied upon the observations in the bail order passed by the Delhi High Court in the Unlawful Activities (Prevention) Act (UAPA) case filed against student activists Natasha Narwal, Devangana Kalita, and Asif Iqbal Tanha.

Advocates Jaspreet Singh Rai and Jagdeep Singh Dhillon, representing the accused, informed the court that there is not even an iota of evidence against him, and he is being falsely implicated in the case.

Granting him relief, Additional Sessions Judge Kamini Lau said neither photographs and videos relied upon by the prosecution are very clear nor can accused Khempreet Singh be seen attacking anyone in them. The judge said, “The charge­sheet against the accused has already been filed and he is no longer required for investigation.”

The court further said most of these offences in the case are bailable in nature and 14 of the 18 arrested accused, including main conspirators Deep Sandhu and Iqbal Singh, are already out on bail. On January 26, protesting farmers had clashed with police during the tractor rally against the three farm laws and stormed into Red Fort, hoisting religious flags and injuring policemen, according to the prosecution.