The petition was filed by an association of Delhi Street Vendors duly registered under Societies Registration Act XXI of 1860. The association is comprised of various poor mobile street vendors who hold ‘Weekly Markets’ in several parts of Delhi once a week. 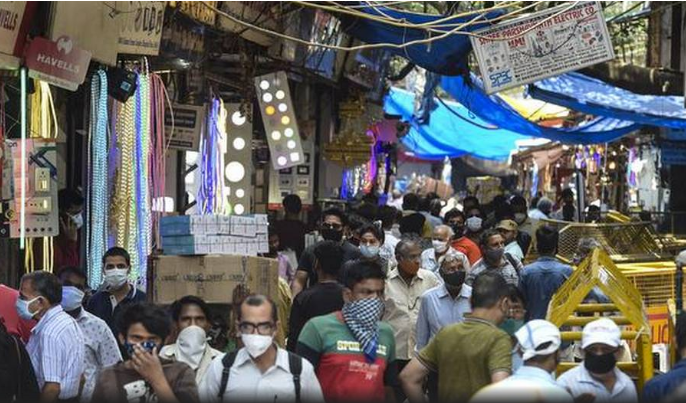 The Delhi Government on Tuesday informed the Delhi High Court that it has permitted functioning of all the weekly markets from August 9, 2021, in respond to a plea filed by “Saptahik Patri Bazar Association.”

A single-judge bench of Justice Rekha Palli disposed off a petition as the grievances of the petitioners has been addressed. The court also reiterated its previous observation that “the petitioners to ensure that the vendors operating in these weekly markets, if not vaccinated already, should get vaccinated at the earliest.”

Advocate Satyakam, Additional Standing Counsel, Government of NCT of Delhi informed the court that The Delhi Government have taken a decision, permitting all authorised weekly market as per the Order dated August 8, 2021 passed by the Delhi Disaster Management Authority.

The Court was hearing a plea which had sought directions to;

• Quash order dated June 13, 2021 of Delhi Disaster Management Authority to the extent the same treats ‘Weekly Markets’ in a different class from other markets and puts restrictions on their full resumption.

• Direct the Delhi Government to resume all ‘Weekly Markets’ in all zones of Delhi with all precautions and Covid appropriate behaviour at their old designated places.

• Direct the Delhi Government to provide financial assistance of Rs.15,000 to all street vendors  who organise ‘Weekly Markets’ within their jurisdiction.

The petition was filed by an association of Delhi Street Vendors duly registered under Societies Registration Act XXI of 1860. The association is comprised of various poor mobile street vendors who hold ‘Weekly Markets’ in several parts of Delhi once a week.

According to the plea, petitioners were aggrieved by the inaction of Delhi Government, who despite the directions issues by the Delhi High Court in Order dated June 3, 2021, in W.P(C): 5759/2021, where the Delhi Government was directed to decide on the petitioner’s representation within a period of 10 days, further directing them to take a compassionate view of the matter, finding out a way to address the grievance of the petitioner, have failed to take any decision on representation dated May 19, 2021, which had sought either complete resumption of ‘Weekly Markets’ or in the alternative financial assistance be provided for the Poor Street Vendors.

The petition stated that the Delhi Government  have given permission to open all markets, malls and other commercial complexes, but have discriminated against the petitioner by ordering that they shall only organise one ‘Weekly Market’ per week per zone. The petitioner claimed that the said directions, on the face of it, are discriminatory, arbitrary, whimsical and without application of mind.

The plea further stated in the order dated June 13, 2021 of Delhi Disaster Management Authority, it has been directed that All markets, markets complexes and malls shall be permitted to open between 10 AM to 8 PM whereas for the Weekly Markets, which are otherwise also organised only once in a week, the order directs that “Only one authorized weekly market (up to the limit of 50% of allowed vendors at normal time) per day per zone in all three Municipal council/New Delhi Municipal Council/Delhi Cantonment shall be allowed subject to strict compliance of SOP and all instructions/guidelines issued by GOI/GNCTD from time to time to contain spread of COVlD-19.” The said order further directs that “No weekly market shall be allowed to function on roadside.”

On the previous date of hearing the court had granted the Delhi Government 10 days time to seek instruction and file a response, the court had also directed the DDMA to consider the grievances of the petitioner. The court also observed that the petitioners take steps to get themselves vaccinated at the earliest