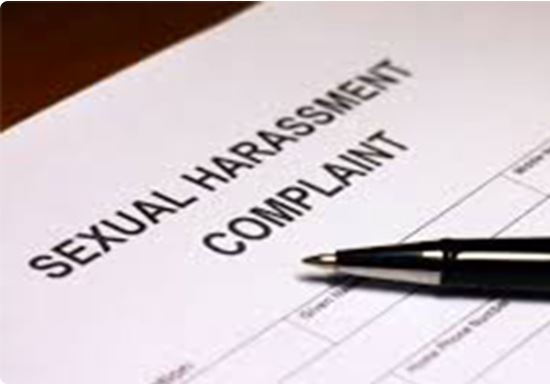 The Delhi High Court has said sexual harassment is a serious issue that needs to be addressed at all work places urgently and sensitively while stating women are valuable human resources and their contribution in all spheres of life can never be belittled, whether at the home and hearth or away from it, in more impersonal office spaces.

The Court further noted in its order that women are entitled to a congenial and dignified environment to live their life fully and attain their full potentiality. Gender conditioning where the man develops superiority complex, while the woman doubts her own capacity, starts very early in life. It need not be in the form of a tutorial but certainly as subtle data to the minds of young children, about their privileges or lack of it. The privileges also come in the opportunities to develop personality, confidence, intelligence and skills. It is impossible not to notice all around us, how easily the common woman is put down by a common man. Less said the better of what happens to the Third Gender!

A bench of Justices Asha Menon and Rajiv Sahai Endlaw passed its order on an appeal filed by the Assistant Director of Finance at the ESI Hospital at Manesar challenging the decision of Internal Complaint Committee (ICC), giving clean chit to the Deputy Director posted at the same hospital in the sexual harassment at workplace complaint made by her in 2012. The single judge had dismissed her writ petition and imposed an exemplary cost of Rs 50,000 on her. The said order was challenged before the division bench.

Wherein, the bench headed by Justices Asha Menon and Rajiv Sahai Endlaw Delhi High Court has set aside the order of Single Judge which had imposed a cost of Rs 50,000 and recommendation for initiation of disciplinary proceedings against the woman for filing false complaint of sexual harassment at work place against a co-worker at ESI Hospital, Manesar.

The High Court noted that the learned judge erred in his finding to reach the conclusion that it was a false complaint. The admitted fact was that the accused/director in his affidavit submitted that he had not challenged the findings of the Complaint Committee. He did not whisper a word about any reason for the appellant to have falsely implicated him. Therefore, the Single Judge was not justified in labelling the complaint false and made with ulterior motives.

The Division Bench observed that the question being one of the dignity of the complainant being a woman, we feel compelled to record that the statements made before the Complaints Committee and placed on the electronic file clearly establish that the respondent had been misbehaving with the appellant by making statements with sexual overtones. For the same reason, we do not wish to reproduce those details here.”

In response to the appellant, the court submitted that in the light of the fact that the respondent has since retired almost five years back, we do not consider it expedient to grant such relief to the appellant of directing an independent departmental inquiry against him. With regard to the criminal prosecution, nothing prevented the appellant from initiating any such action against the respondent since the date of the incident or even since the date of the report of the Complaints Committee. She did not seek such a relief from the Internal Complaints Committee even after the Act came into force in 2013.

The Court while focusing on lack of knowledge and awareness about such issues stated that the Protection of Women from Domestic Violence Act, 2005 has provided a shield against an unhealthy and oppressive domestic environment. But for some reasons, though the Vishakha Guidelines came in 1999, the Act took a long time to come, that is, in 2013. Every institution and organization must declare zero tolerance for Gender insensitivity.”

It was also observed that it cannot be overlooked that the Internal Complaints Committee is intended as a platform to provide an environment of confidence to the complainant. It is not to doubt the veracity of the complaint or view the complainant with suspicion.

The absence of eyewitnesses to the incident cannot detract from the credibility of the complainant as her statement is to be considered independently to determine whether it has a ring of truth or not.

In the present case the appellant shared her problem with a female colleague which is not a choice for most of the women and that is why the court recommended that the Internal Complaints Committee has to be set up in every workplace and every woman employee informed as to the person she can contact in the Internal Complaints Committee when faced with any unsavoury or unacceptable conduct by a male colleague.

It was also stated that in a domestic inquiry a high standard of proof is not required. It must always be borne in mind, that a woman who is perturbed by an action of a male colleague, either through words, gestures or action, cannot be expected to have such clarity of thought to be aware of any witness, or substantial evidence. The mere inability of a woman to name such witnesses cannot suffice to falsify her complaint”

In the present case, the Internal Complaints Committee had recommended transfer of both, the complainant, the appellant and the perpetrator, the respondent adding that this was to preserve harmony in the working environment. This is unfortunate as it may reflect negatively about the complainant to the transferring authority and other colleagues in the office. The transfer of the complainant should be only if she seeks it or when she has been found to have filed a false complaint. It would be adding insult to injury, if a woman who has been wronged is sought to be transferred for making a genuine complaint and that too, to ensure a congenial and harmonious environment,” the Court noted.

“It is thus not enough to merely constitute Internal Complaints Committees, but it is also important that the purpose for having such a Committee and in fact for making such a law must always remain uppermost in the minds of all at the workplace”

The High Court observed that there is no gainsaying that it is this gender conditioning that leads men to abuse, ill-treat or become violent towards women and TGs or treat them disparagingly and with condescension. The Protection of Women from Domestic Violence Act, 2005 has provided a shield against an unhealthy and oppressive domestic environment.

But for some reasons, though the Vishakha Guidelines came in 1999, the Act took a long time to come, that is, in 2013. Every institution and organization must declare zero tolerance for Gender insensitivity. Now that there is a statute to protect women from sexual harassment at workplace the law must be complied in letter and spirit.