On 24/02/2020, the petitioner's husband was returning from work on his motorcycle he was carrying clothes of worth Rs 50,000. He saw a mob of over 100 to 150 people at the Johripur Mod area who were shouting death threats to the Muslim community. 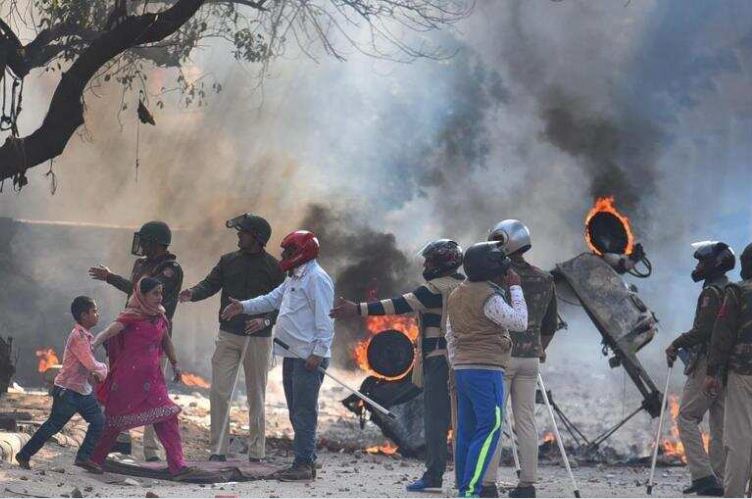 The Delhi High Court on Friday issued notice in a plea seeking enhancement of compensation to the victims and survivors of communal violence that took place last year in February 2020, against the Citizenship Amendment Act.

A single-judge bench of Justice Prathiba M. Singh has sought the response from the Centre and Delhi government on a plea filed by the victims of communal violence.

The petition was filed by Afsana and Faimuddin, residents of New Mustafabad, Rajiv Gandhi Nagar, Delhi through advocate Kawalpreet Kaur.

The petitioner has submitted that on 24/02/2020, they were at home along with their children and mother-in-law when the riots were taking place in their area and her husband was out for business work. When her husband returning from work on his motorcycle he was carrying clothes of worth Rs 50,000. He saw a mob of over 100 to 150 people at the Johripur Mod area who were shouting death threats to the Muslim community. The mobs were carrying lethal weapons in their hands, including sticks, rods and firearms. The angry mob was baying for the blood. Therefore, fearing for his life was forced to leave behind his bike and the pack of clothes he was carrying with him.

-stated in the petition.

The petitioner has further submitted that she had suffered a huge loss and demanded the same as compensation on the account of lack of water and electricity, their whole house required urgent repair and loss of livelihood of the petitioner and her family. The Petitioner prays for her right to life that also includes Right to live with dignity, peace, shelter, etc.

It has also been stated that the Delhi government did not provide adequate compensation for the loss suffered by these innocent people and hence they must compensate the people suffered in the riot.

The Petition also challenges the Delhi government on the amount of compensation announced Rs.10 Lakh. It has been stated that this amount is meagre and very less as compared to the loss suffered by them, whereas the government has offered Rs. 1 crore each to the members of the deceased family, where, the victim of communal violence was a public servant, i.e. a police officer and a member of Intelligence Bureau.

It is discriminatory and unreasonable on the account that in other instances of death due to the communal violence, the government has paid only Rs. 10 lakh to the family of the deceased.

The Petitioner seeks Rs.5 lakh as interim compensation and 25 lakh as total compensation. The Court has list the matter along with similar petitions for hearing on April 26, 2021.

During the Corona period...
Read more
India Legal
Did you find apk for android? You can find new Free Android Games and apps.