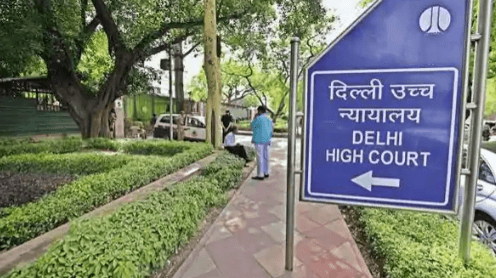 The Division Bench comprising Chief Justice D.N Patel and Justice Jyoti Singh was hearing a plea alleging inefficiency in the working of the Delhi High Court on account of the Court not functioning at its total sanctioned strength.

The Bench, while disposing of the petition, noted that the Delhi High Court is already seized of the issue and the High Court Collegium is already working on the issue of filling up judicial vacancies.

“Already the Collegium of the High Court is working on it. The appointment process has already started and therefore, we see no reason to entertain this petition,” stated the Bench.

On the suggestion made by the petitioner in respect of elevation of more number of judges from the District Division to the High Court, the Bench noted that “there are specific norms for such type of elevations.”

The Delhi High Court has an approved strength of 60 Judges (45 permanent and 15 additional) but currently working with 29 permanent judges including the Chief Justice with non additional judge.

The public interest litigation has been filed by one Rakesh Kumar Gupta, who claims to be a whistle-blower. The plea points out that the Delhi High Court, despite having sufficient infrastructure, is working with less number of judges as compared to its total strength.

This, the plea alleges, has resulted in delay in justice delivery and increased the backlog over time.

Contending that the judges should be from diversified backgrounds, experience and gender, the plea points out that at most times, appointments are made from people belonging to higher level of society and neglects weaker sections’ perspective.

The plea, thereby prays for more judicial appointments to be made in the Delhi High Court.In addition, the petitioner prays for elevation of more number of judges from the District Courts in the national capital to the High Court.