In view of the above, the Delhi Court said there is no fault in the decision of the Trial Court to convict the appellants for committing/abetting an offence punishable under Section 5 of the ITP Act 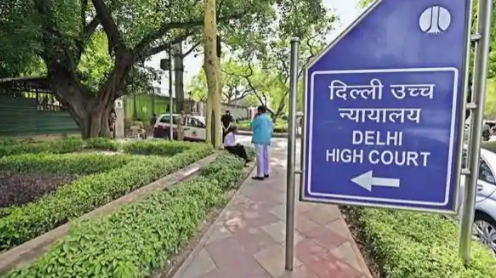 The Delhi High Court, while upholding the decision of a trial court convicting two people in a rape case, has considered it apposite to reduce the sentence awarded to one accused to the period he already served, who had suffered a disability due to a paralytic attack.

The judgment was pronounced by a single-judge bench of Justice Vibhu Bakhru on the appeal against the order of the trial court which had convicted the appellants for the offences punishable under Section 109 read with Section 376 of the Indian Penal Code.

The appeal was filed by one Rekha and Subhash Pandit, against the order of the trial court by which it had convicted Rekha for the offences punishable under Section 109 read with section 376 of the Indian Penal Code and Section 5 of the Immoral Traffic (Prevention) Act, 1956 and Subhash for the offences punishable under Sections 376A, 376 and Section 109 read with Section 376 IPC and Section 5 of the ITP Act.

The case against them was registered on a complaint lodged by a girl/prosecutrix who was aged 12 years and was a student of fourth grade in Government school, allegedly taken by the accused and engaged in prostitution.

The prosecutrix had been consistent in her core allegation that she had been raped and had been compelled to engage in sex with various other persons. She had alleged that her friend Pooja’s mother and her mausi used to prepare her and keep her confined inside the house.

The accused, however, contented that there was no evidence to establish any commercial angle to the alleged offences. They submitted that there is no evidence on record to establish that either of the appellants had accepted any consideration for the prosecutrix allegedly engaging in sex with various persons and therefore, the offence punishable under Section 5 of the ITP Act was not established.

The Court said, although, there is no direct evidence that the persons with whom the prosecutrix was allegedly compelled to engage in sex had paid any consideration (whether in money or in kind) to the appellants; the prosecutrix had referred to the said persons as customers. This testimony of her had remained unshaken. The prosecutrix had clearly testified that the accused used to compel her to engage in sex with various persons and as many as four persons a day. She had also referred to them as customers.

“There can be little doubt as to the nature of her allegations. A meaningful reading of her statements and testimony would clearly indicate that the prosecutrix had alleged a commercial angle to her being compelled to engage with, customers.”

“In view of the above, this Court also finds no fault in the decision of the Trial Court to convict the appellants for committing / abetting an offence punishable under Section 5 of the ITP Act,” held by the Court.

The High Court however upholding the decision of the trial court said “in view of the above, this Court is unable to find fault with the decision of the trial court to convict the accused Rekha of committing an offence punishable under Section 109 of the IPC read with Section 376 of the IPC.” The Court noted that Rekha had already served the sentence for which she was convicted.