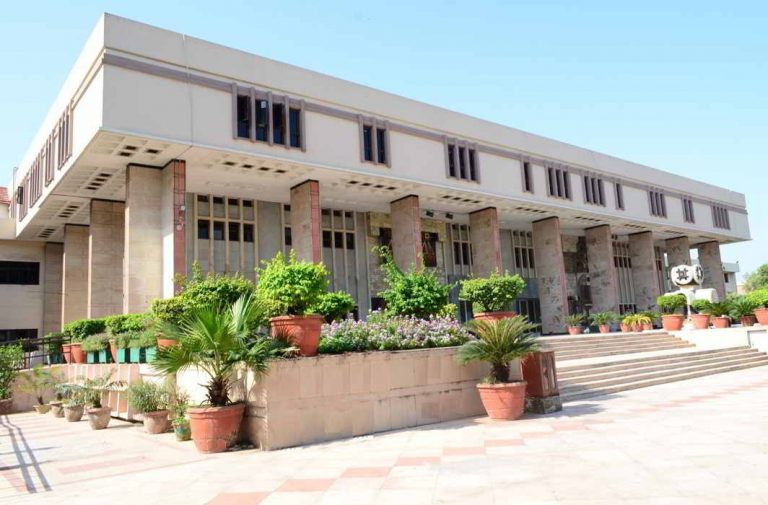 An issue regarding the construction of a multi-level car parking in Defence Colony of Delhi, which would have robbed the area of a park where children could play has seen strong reaction from the Delhi High Court, which on Friday (May 11) sent several notices seeking answers as to how children could be deprived of this very basic childhood right.

The court sent notices to the Delhi Government, South Delhi Municipal Corporation, Delhi Development Authority, Delhi Police, Ministry of Housing and Urban Affairs, Ministry of Women & Child Development, Ministry of Labour & Employment, Delhi Commission of Protection of Child Rights, National Commission for Protection of Child Rights, Delhi Parks & Garden Society and Defence Colony Welfare Association on a plea which has been filed seeking to bring a qualitative change in the lives of children who are being deprived of their childhood rights of playing as the parks of Delhi are not providing them with “that human rights of the children to get a congenial atmosphere in these parks befitting their age and dignity are not violated”.

The bench of Acting Chief Justice Gita Mittal and Justice C Hari Shankar directed DDA (Plan & Development Authority) to file an affidavit with regard to the status of available parks in the city keeping in view the green area and sufficient lung space available for the citizens.

“Can you file affidavit that they don’t need this park in Defence Colony?” bench questioned to DDA counsel. “Parties shall maintain status quo with regard to the construction of multi level parking in Defence Colony till the next date,” the bench further added.

The plea, filed by one Rajeev Suri, alleged that the respondents including the South Delhi Municipal Corporation (SDMC), Delhi Development Authority (DDA) are “arbitrarily” and “illegally” trampling upon the Rights of Children being mute spectators.

The plea alleged that the children and their mothers have to undergo humiliation at the hands of the “malevolent residents and public authorities” who are depriving children of their ‘right to play’, and ‘child human rights’.

“Mothers and children have been struggling to ensure a rightful place to play for their children in the parks of Delhi; a representation of this malaise as is manifest itself in this city, has been brought to this court’s attention by citing the situation in Defence Colony, an affluent colony of South Delhi.

“Despite constitutional provisions, laws, judgments, subordinate legislation in the form of rules, bye laws, notifications and office memorandums all recognising the rights of children, the implementation of such legislation has not touched the lives of children, who have been ousted from the parks of Delhi and are treated as outcasts,” the petition said.

It claimed that the ratio of parks “exclusively” for children is very low. It stated that there has been a tussle in recent times of colony parks being converted into “ornamental parks” and children being denied the right to play in such parks.

“Residents in order to make up for diminishing personal gardens due to over construction of their homes, have zealously undertaken beautification of parks, and in the process deprived children the expanse of playfields and ousted them from parks and put them on the roads as their play area.

Further, many such ‘parks’ are in a state of neglect and have become a breeding ground for vice and do not provide a congenial atmosphere for children to play,” the plea said.

It sought justice from the human rights of children, to be able to play in all parks generally across the city, without fear or favour as a right of childhood, and this right must manifestly be available freely without fear, in an atmosphere of congeniality and goodwill.

The next date of hearing is September 5.