Govind Ballabh Pant Institute of Post Graduate Medical Education and Research (GIPMER) said that the circular was issued without their information. 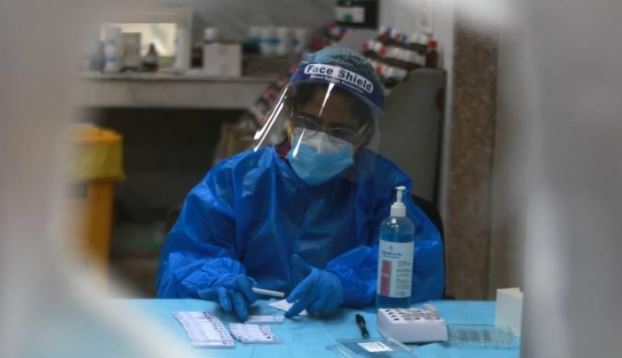 A Delhi government hospital on Sunday withdrew it’s circular asking its nursing staff members to only communicate in Hindi or English and not to use the Malayalam language at work after it triggered widespread outrage.

Govind Ballabh Pant Institute of Post Graduate Medical Education and Research (GIPMER) said that the circular was issued without their information. The health department of the Delhi government has issued a memo to the hospital, it added.

On Saturday, the order, which has been issued by the Nursing Superintendent, stated, A complaint has been received regarding Malayalam language is being used for communication in working places in GIPMER. Whereas maximum patients and colleagues do not know this language and feel helpless causing a lot of inconvenience. So it is directed to all Nursing Personnel to use only Hindi and English for communication otherwise serious action will be taken, it said.

Opposing the order, Malayali nursing officer representatives from various Delhi hospitals including AIIMS, LNJP and GTB hospitals had formed an action committee on Saturday night and decided to launch a social media campaign against it.

Several leaders of the Congress party, including Rahul Gandhi, also condemned the order, saying  that GIMPER’s circular was bizarre and unconstitutional  and called for its immediate withdrawal. Malayalam is as Indian as any other Indian language. Stop language discrimination!, he tweeted.

Read Also: Covid curfew to be lifted in all districts of Uttar Pradesh except Meerut, Saharanpur and Gorakhpur

Congress lawmaker Shashi Tharoor has said the circular was a violation of human rights. He tweeted, It boggles the mind that in democratic India a government institution can tell its nurses not to speak in their mother tongue to others who understand them. This is unacceptable, crude, offensive and a violation of the basic human rights of Indian citizens. A reprimand is overdue, he wrote.

Did you find apk for android? You can find new Free Android Games and apps.
Share
Facebook
Twitter
Pinterest
WhatsApp
Previous articleCovid curfew to be lifted in all districts of Uttar Pradesh except Meerut, Saharanpur and Gorakhpur
Next articleSupreme Court to continue hearing in matter related to children orphaned/abandoned due to Covid-19