The district authorities were directed to take immediate steps to attend to the basic needs of the children who have become orphans after April 1, 2020. 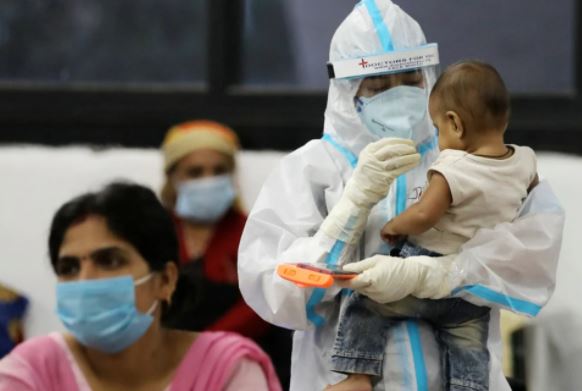 The Supreme Court will today continue hearing in the matter related to the children, who either lost one or both parents, or those abandoned due to the novel coronavirus pandemic.

The vacation bench of Justice L. Nageswara Rao and Justice Aniruddha Bose had, on May 28, 2021, directed all the district authorities to upload the information of children, who have become orphans after March, 2020, on the portal of National Commission for Protection of Child Rights ’Bal Swaraj’ before the evening of May 29.

The district authorities were directed to take immediate steps to attend to the basic needs of the children who have become orphans after April 1, 2020.

The NCPCR, a statutory body constituted under Section 3 of the Commission for Protection of Child Rights Act, 2005, had filed an affidavit, providing data of children, who have lost either one or both the parents due to COVID-19 and also those children, who have been abandoned.

As per the data submitted with the affidavit, there are 9346 such children, who have either been abandoned, or lost one or both parents to COVID-19.

Swarupama Chaturvedi, Counsel appearing for the NCPCR, submitted that the District authorities have not been able to provide the complete information relating to the children who have been affected by the loss of either of the parents or both, during the pandemic. The time given to the District authorities to upload the information before May 29, was extended till June 5.

The NCPCR was directed to collate the information and file an affidavit by June 6.

Sachin Patil, Counsel appearing for Maharashtra and Rajasthan, submitted that the District authorities were finding it difficult to comply with the requirement of providing information for the six stages. Ms Chaturvedivsubmitted that the basic information required according to stage I and II was sufficient. The other information required was not necessary to be provided at this stage. The Amicus, in his note, referred to a scheme ‘PM Cares for Children,” which was announced by Prime Minister Narendra Modi on May 29, 2021.

According to the available information pertaining to the scheme, children who have lost both the parents or surviving parent or legal guardian/ adopted parents during COVID-19, shall be the beneficiaries of aid from the Central Government. As the particulars of the scheme were not available, the Amicus Curiae submitted that the Union of India be directed to furnish the necessary details about the same. Aishwarya Bhati, Additional Solicitor General, undertook to provide the details of the scheme, including the identification of the beneficiaries of the said scheme. The Union of India shall also furnish information relating to the mechanism that would be adopted for distribution of the benefits, he said. The Amicus submitted that a large number of States/Union Territories have filed their notes and reports in response to the notice issued on May 28, 2021.

The Amicus Curiae requested the Court to direct the State governments/ Union Territories to appoint a Nodal Officer at the level of Secretaries, Joint Secretaries of the concerned District, who would interact with him and provide all necessary information relating to identification of orphans/Children in Need of Care and Protection (CNCP), the steps taken for alleviating the pain and sufferings of the children.

The above State Governments were directed to nominate a Nodal Officer at the level of Secretary/Joint Secretary of the concerned department to interact with the Amicus Curiae. They were directed to provide all necessary information relating to the identification of the orphans/CNCP’S and the action taken by the District authorities for the welfare of such children.

The Amicus Curiae shall submit a detailed report thereafter to this Court along with his suggestions about the measures to be adopted further in the interest of orphans/CNCP’s.

Did you find apk for android? You can find new Free Android Games and apps.
Share
Facebook
Twitter
Pinterest
WhatsApp
Previous articleDelhi hospital withdraws circular asking nurses not to speak in Malayalam after widespread outrage
Next articlePetition in Supreme Court seeks directions to RBI, Centre to permit banks to offer moratorium to borrowers