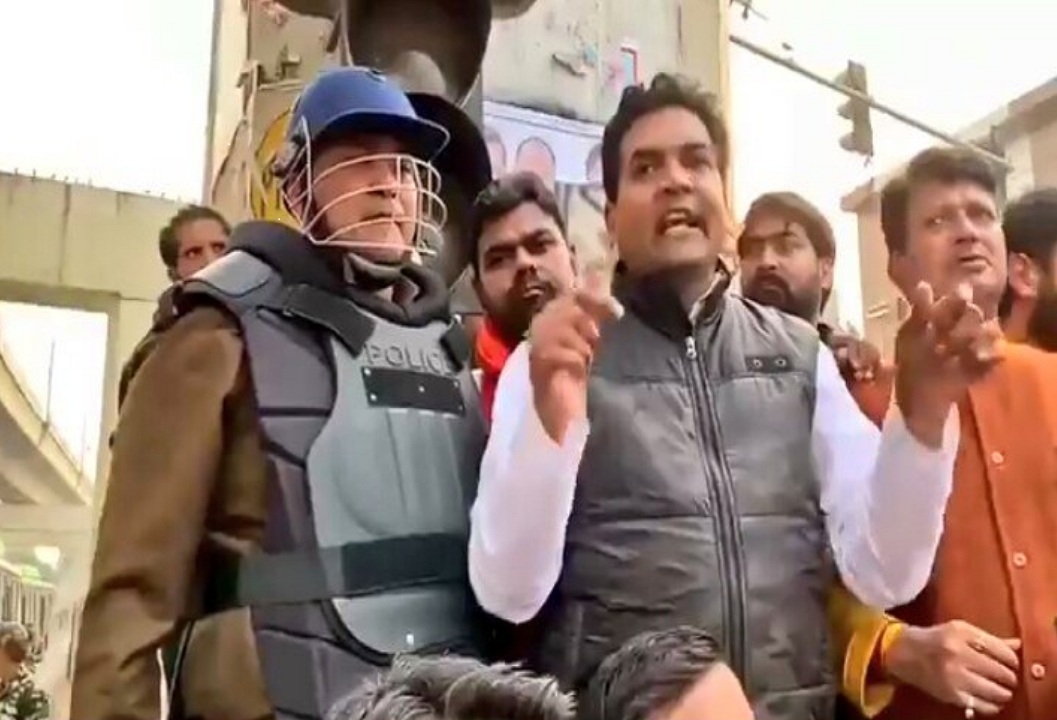 The Delhi High Court today expressed anguish over police inaction during violence that played out for three days in the national capital. The two-judge bench ordered the Delhi Police to immediately file FIRs in respect of inflammatory speeches which have allegedly triggered large-scale violence in several parts of Delhi.

A bench of Justices S Muralidhar and Talwant Singh said it wasn’t limiting its order to FIRs against the three BJP leaders — Anurag Thakur, Parvesh Verma, Abhay Verma and Kapil Mishra — whose alleged hate speeches were played in the court, but all other videos in the matter should be communicated to the Delhi commissioner.

The court also issued the notice on an application moved by Solicitor General Tushar Mehta to implead the Centre in the present matter.

The order came on a plea moved by social activist Harsh Mander seeking a Special Investigation Team (SIT) to inquire into the instances of communal violence which have engulfed parts of Northeast Delhi.

Senior advocate Colin Gonsalves appearing for Mander played the video clips of alleged hate speeches by the BJP leaders for the court’s perusal.

“These leaders are MPs and MLAs. It is clear that these are not ordinary flagbearers of the party, but they are so senior that it becomes amply clear that they were reflecting the government’s mindset,” Gonsalves told the court.

“When you can register FIRs against damage of property, why aren’t you so prompt in booking people for making inciteful speeches. Can’t you even acknowledge the occurrence of crime,” Justice Muralidhar asked the police.

“When the SG who is here to represent you has himself said that these videos are inflammatory, then why the FIRs still have not been lodged,” asked Justice Muralidhar.

Justice Muralidhar asked, “What’s the appropriate time when the entire city is burning?” Singing the same tune, Mehta said this is not the time.

However, earlier in the morning, Delhi Government’s counsel Rahul Mehra opposed SG Mehta’s appearance and questioned how LG can authorise him without the aid and advice of the council of ministers.

“The petitioner is trying to create selective outrage against the police on the basis of these videos. The court should not exercise its extraordinary jurisdiction as hate speeches are being made from all the sides,” said Mehta.

Gonsalves requested the court to express its anguish by using tough words against police for failure to perform its duties.

Justice Muralidhar told the court, “We still follow the guidelines that were laid in Lalita Kumari case, so we need to whether any prima facie case is made out against the people necessitating registration of FIR.”

He said the matter is not of such urgency and he also needs time to move an application seeking impleadment of Union of India as a party to his petition. “Can’t this matter wait for 16 more hours?” SG Tushar Mehta submitted.

Justice Muralidhar asked SG if filing FIRs against the culprits not an urgent matter.

Justice Muralidhar told Mehta, “We request you to act as a law officer. You need to satisfy the court on the question of urgency.”

“The situation in the national capital is very sensitive and unpleasant. We must discuss the issue on an urgent basis,” Justice Muralidhar said.

However, SG requested the court to allow him some time to take instructions and come as he is not well versed with the facts.

“So many videos are doing rounds on social media and thousands of people have watched them. Do you still think the matter doesn’t deserve an urgent hearing,” Judge asked.

I haven’t watched any of the videos,” Mehta responded.

Justice Muralidhar asked the police officer present in the court whether he has watched any of the video clips of BJP leaders who have been accused of inciting violence and making hate speeches. The officer responded that he only came across two such videos, but haven’t watched Kapil Mishra’s video.

The judge expressing his concerns said, “This is really disgusting. How can a police officer say that he hasn’t watched the videos which are all over the place. I’m shocked to see such a sorry state of affairs of police which is responsible to maintain law and order in the national capital,” said Justice Muralidhar.

The judge ordered for the clip of Kapil Mishra’s speech which he made at Jaffradbad on Sunday where he was heard giving three-day ultimatum to Delhi Police to clear those protesting the citizenship law in northeast Delhi or face consequences.

“Let all of you watch it,” said the judge.

However, defiant SG said that he doesn’t watch TV or news before making submissions.

Justice Muralidhar responded, “Unfortunately we judges don’t have this privilege.”

After seeing the Kapil Mishra clip, SG responded that the content of the clip has no direct connection with the incidents that unfolded after the speech. We have received evidence from all sides, so we need more time to look into all the materials before filing an FIR.

Infuriated Rahul Mehra (Delhi government counsel) told the court that as per law the police officers should report to him. However, this has not been happening. I’ve told the Police Commissioner who is present in the courtroom, that I’m the officer of the court.

Mehra requested the court that the status report of police should only be taken on record if it’s sent through my office.

He further said that there is no reason why FIRs shouldn’t be registered against those who are involved in  violence. Everyone who is responsible should be brought to book. If later they are found innocent, then the FIRs against them can be withdrawn.