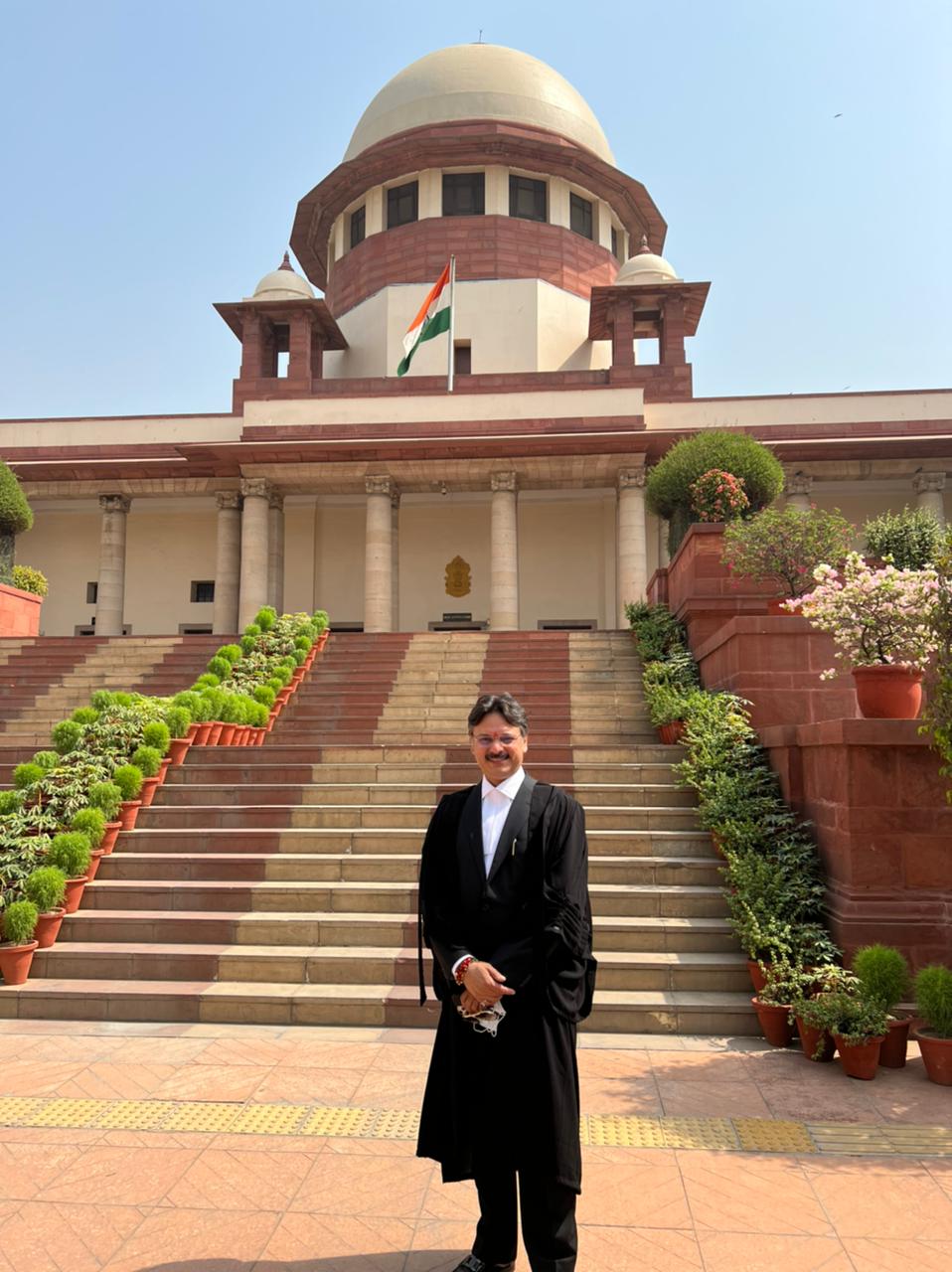 Sarojini Nagar MLA Dr Rajeshwar Singh, who became an MLA after his victory in the recent Uttar Pradesh Assembly elections, after serving as a Joint Director in the Enforcement Directorate, has added another feather to his cap by starting advocacy in the Supreme Court.

He appeared in the court of Supreme Court Chief Justice N.V. Ramana as an advocate. many people including his constituents are enthused by this new turn, which they believe will benefit them as well.

Dr Rajeshwar Singh contested and won on the BJP ticket from Sarojini Nagar Assembly constituency in Lucknow after taking voluntary retirement from the post of Joint Director in the Enforcement Directorate.

In his ED tenure, Singh brought to light scams like the 2G spectrum allocation scam, the AgustaWestland chopper deal, the Aircel Maxis scam, the Amrapali scam, the Ponzi scheme scam and the irregularities in the development of the Gomti riverfront. He even seized movable and immovable properties worth more than Rs 4000 crore acquired from illegal earnings.

Despite many obstacles and attempts to transfer him in his ED career, the Supreme Court came to his defence and ordered that he be fully adjusted in the Enforcement Directorate in 2014.

Dr Rajeshwar started his job as a crime and traffic officer in Lucknow in 1997. Having killed more than 20 notorious criminals in 10 years of police service, he was named Super Cop. He received the President’s Gallantry Medal in 2005 for his work and integrity.

Before taking up the job, Dr Rajeshwar took an engineering degree in mining from Dhanbad. After commencing his job, he went back and did his masters in social science in 2003. Later, he wrote a research paper, ‘Human Rights – Police and Social Justice’, in 2011 to create awareness of human rights and strengthen the dialogue between the police and the public.

At the time of the investigation of the 2G spectrum allocation scam, he completed his LLB degree in 2018. This degree gave him a distinct advantage in solving several cases. Today, he is a respected MLA as well as a lawmaker.

The Bharatiya Janata Party had given ticket to Dr Rajeshwar from Sarojini Nagar seat by denying a ticket to its former minister Swati Singh. Dr Singh got the ticket just 20 days before the election and won it by more than 57,000 votes. His 20-day campaign saw him address over 250 meetings.

After his victory as MLA, Dr Singh organised a camp for the handicapped. Today, such camps are being held every other day. Eight major roads have been ordered to be repaired. Separate work is being done for the youth in skill development and employment.

A plan is also being prepared for the betterment of education and health care in Sarojini Nagar. To overcome several other problems of his constituency, Dr Rajeshwar Singh first met Uttar Pradesh Chief Minister Yogi Adityanath and later raised them with Union Ministers Nitin Gadkari and Piyush Goyal separately in New Delhi.