Dushyant Dave explains his absence at SCBA’s I Day celebrations 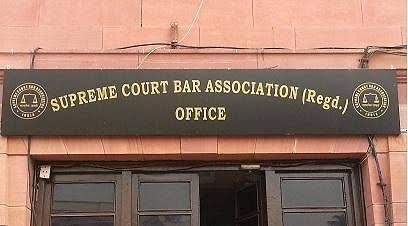 New Delhi: The Supreme Court Bar Association (SCBA) president, Senior Advocate Dushyant Dave, has written to the SCBA explaining the reason for his absence at the Independence Day celebration.

The letter, addressed to the vice-president and other distinguished members of the executive committee of SCBA, has come a day after Senior Advocate Mahalakshmi Pavani wrote to Dave asking him to take moral responsibility and step down from the post of the president of SCBA.

Dave has opined that the way in which Chief Justice Bobde desired to hold the function was not keeping in mind the respect for the Bar. According to Dave the SCBA president speaking on the occasion of Independence Day has been an important tradition for 74 years now, and being told that there would be no speeches, was therefore unacceptable. Even after it was insisted that speeches be made a part of the programme, instructions were given regarding the particular mode and form of the speeches which were unacceptable suggestions coming from the Registry on behalf of the Chief Justice.

Dave added that while the whole function’s dignity, serenity and objective was being lost, at the instance of the court accepting it would have meant capitulation of the bar which he could not be a party to.

While he loves and respects the Institution and knows his responsibility quite well, he needs to be mindful of traditions, respect for the Bar and SCBA’s right to hold and conduct its functions on its own terms without being dictated by outsiders, including the Chief Justice of India.

The SCBA president pointed out that he had sent a message, addressed to the vice-president and members, an evening prior to the Independence Day, for seeking their guidance but for some reason it couldn’t be circulated.

He defended his absence from the function saying that he did it out of his greater love for the Bar and not as a retaliatory measure.