The bench of Justices D.Y. Chandrachud and M.R. Shah was hearing a plea filed by the ECI, challenging oral observations made by the Madras High Court that ECI should probably be put up for ‘murder charges,’ in view of how the election rallies were held, in violation of COVID-19 safety norms. 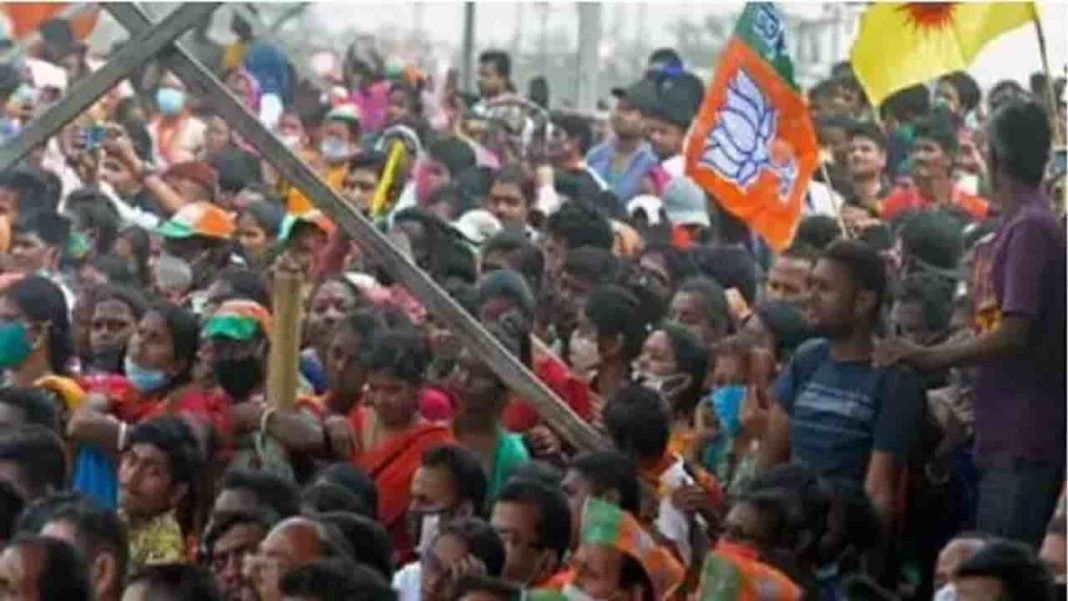 ILNS: The Supreme Court on Monday said that to “stop the media from reporting the proceedings is a little inappropriate,” rejecting the demand of the Election Commission of India (ECI).

The bench of Justices D.Y. Chandrachud and M.R. Shah was hearing a plea filed by the ECI, challenging oral observations made by the Madras High Court that ECI should probably be put up for ‘murder charges,’ in view of how the election rallies were held, in violation of COVID-19 safety norms.

The Commission had filed an application in the Madras High Court against its oral observation and said that media reports of the Court’s oral comments had caused grave prejudice to it. But, the High Court refused to entertain that application.

Justice Chandrachud asked, “One was your IA, which was filed before the HC. You had raised two prayers, first was that media should report on factual order not on the oral observations of the High Court and second that no FIR should be registered on the basis of media reporting. You have not challenged the order of April 26. The media is a very powerful watchdog that fosters the sense of confidence in the community. To stop media from reporting the proceedings is a little inappropriate.”

Justice Shah said, “What are your functions and duties?”

Senior Advocate Rakesh Dwivedi, appearing for the ECI, said, “We do not have the CRPF to look out as to what is being done at the rallies. Our duty is to provide guidelines and the implementation of the same.

Justice Chandrachud: “We respect the ECI. It’s the fourth pillar of the Constitution. We will write a short order dealing with your concern. It is a human process, Mr Dwivedi.”

Dwivedi: “Is it the human process to hold a constitutional body accountable for murder charges?”

Dwivedi: “Charging with murder is a very serious remark. Our officers became COVID positive in the conduct of elections. It pained our hearts. Conduct of elections has been the cornerstone of our democracy for the last 70 years.”

Justice Shah: “Some order of the High Court had not been followed in the suo motu. If something is said in those proceedings, they should be taken in the right spirit. You should be bound by it.”

Dwivedi: “We have complied with it. Despite all our hardship, we are treated like this. I have been a member of the bar for 40 years now and they cannot say things, which are beyond the matter. The High Court is also saying that charge us with murder.”

Justice Chandrachud: “What has the High cCourt said? We have to see all orders.”

Dwivedi: “If people in rallies are not wearing masks, it is not our task to handle. It is the state government’s (task). With great respect, about the said observation, there was a continuous discussion in the media.”

Justice Chandrachud: “We will bring a sense of responsibility in our order and balance the situation. Leave it us, we will take note of it.”

Justice Shah: “You should convey to the ECI to take it in the right sense.”

Dwivedi: “The High Court must not give harsh orders.”

Justice Shah: “Sometimes, after a series of orders not being implemented, the High Court has to give a harsh order. The High Court may say this looking at the hard reality.” The court gave the example of the Gujarat High Court matter.

Justice Chandrachud: “I will close this matter for orders. Our next sitting is on Thursday. We will try to give orders before that.”

AOR Amit Sharma for ECI said, “There are FIRs being registered in the state” against us. The Court told the Advocate to move the High Court against the FIRs, under Section 482 Code of Criminal Procedure.

Justice Chandrachud: “Submissions have been heard and the order shall be pronounced as expeditiously as possible. Order Reserved.”