Farm law jumlas: Humble decision to repeal to be taken with lots of election salt 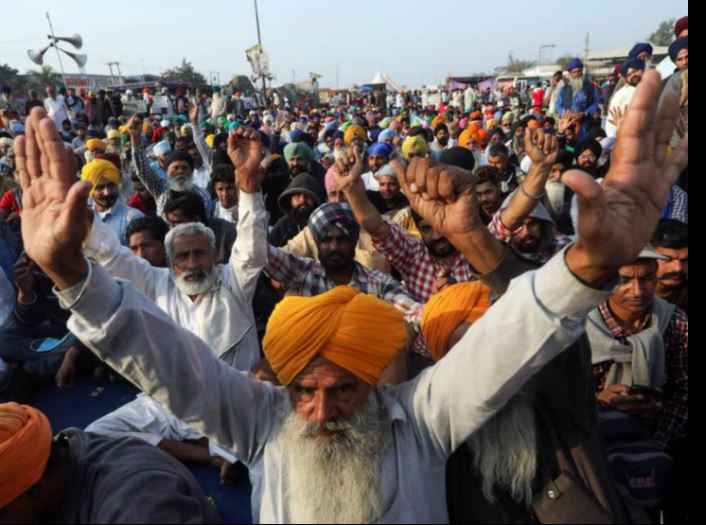 Everybody following the election campaign pace expected this in December, but it came on Guru Nanak Jayanti. Prime Minister Narendra Modi’s timing has been good. Friday was a day as good as any to declare to the country that the Union government has decided to withdraw the three contentious farm laws. There have been “surprised” and even “shocked” comments from many quarters, but if we look at it through the prism of elections, this was a decision the Bharatiya Janata Party (BJP) could not have postponed.

The three bills got the presidential signature on September 27 last year, but agitations had started, especially in Punjab, before that. Haryana and Western Uttar Pradesh joined in and the sit-in dharna by farmers on the borders of Delhi gained strength on Constitution Day last year – November 26. The block-Delhi cries had grown to a full-fledged agitation by December 3. The declaration by the PM in his speech this morning comes just a week before the anniversary of the formal agitation’s beginning.

The Prime Minister announced that the process of repeal has already been set in motion and that this will be completed in the winter session of Parliament, starting month-end.

While the PM said in his speech that his government has always worked for the farmers and this decision was also for the country, it was surely more targeted towards the spate of assembly elections scheduled for February and thereafter. Among the states going to the polls in February-March are Uttar Pradesh, Punjab, Uttarakhand, Goa and Manipur, while Himachal Pradesh goes to the polls in November and Gujarat in December. The farmers’ issue has mainly affected northern states, but has been taken up as a political weapon by all non-BJP states and by opposition parties even in BJP-ruled states.

The three laws that are set to be repealed are the Farmers (Empowerment & Protection) Agreement of Price Assurance & Farm Services Act 2020, Farmers Produce Trade & Commerce (Promotion & Facilitation) Act and the Amendment to Essential Commodities Act. All laws have been challenged in the Supreme Court and the top court, on January 12, had advised the government to keep the laws in abeyance for 18 months, which effectively stayed the implementation of the laws. The court had also formed a committee to hear all the parties and stakeholders.

The political scenario of the country will change a bit now, with rumours in the air that Amarinder Singh finally might not have to waste time setting up his own party and then start looking for alliances. Rumour is he will join the BJP directly instead. These are conjectures, of course, and the reality could be different. It is, however, easy to realise that he had a strong hand in coaxing the BJP to change its stance on the laws.

Punjab is an issue, but the BJP’s stake is way bigger in Uttar Pradesh. That is the key state for the ruling dispensation, boasting 403 elected members and one nominated Anglo-Indian member, plus 100 in its Legislative Council. In 2017, the BJP had won a three-quarters majority (325) despite not projecting a chief ministerial candidate before the polls. This time two poll surveys have projected a loss of numbers – despite a victory for majority – for the BJP, with Samajwadi Party (SP) coming in a distant second. As per a Times Now-Polstrat Opinion Poll BJP (NDA) looks set to get 239-245 seats, with SP at 119-125 seats. An ABP-CVoter survey puts BJP’s (NDA) number at 213-221 seats, with SP at 152-160.

These are not reliable numbers; they are subject to quick change in a country where voter memory has remained at dementia level for as long as we can remember. Hence, this announcement creates a distinct possibility that the somewhat neglected and ‘wayward’ Western Uttar Pradesh may also fall in line to an extent. In Ghazipur, on Thursday, former chief minister Akhilesh Yadav claimed that SP will “wipe out” the BJP next year. For a somewhat reticent leader, this is probably too big a statement, but that there is huge anti-incumbency at play in UP is not a secret. The Prime Minister’s several trips in recent weeks have made that very clear. On Friday came the big announcement.

Meanwhile, Rakesh Tikait, leader of the Bhartiya Kisan Union (BKU), has said that the Union will keep sitting in protest till Parliament actually repeals the farm laws. This buys time for parleys and alignments. There will be a reassignment of powers in this area and all parties would be eager to join the fray. In this Amarinder just might have a big say – on BJP’s behalf – though Rahul Gandhi has the opportunity of dipping his toes too, if he can. Tikait, though, can come out the king-maker if he can remember lessons his father, Mahendra Singh Tikait, had given him and if he can play his cards right. It has to be remembered, though, that this is not the UP that Chaudhary Charan Singh commandeered when he founded the BKU along with Tikait senior.

There are two narratives here. For the opposition, this can be used as a victory cry, telling voters how the BJP had been “defeated” and was “forced” to cede position. Voters can buy that, or they can buy the BJP’s ‘humble’ narrative in which the raja has bowed to the wishes of the praja.

BJP’s move has been interesting. On the one had there has been a muscular presidential ordinance which gave the government the right to increase the tenures of the chiefs of the ED and other agencies. Alongside, there was the opening of the 341km, 6-lane Purvanchal Expressway, a show of financial muscle. The government has matched these with its ‘humble’ bow to the farmer. How this masala mix will work for this film, only time can tell.

In the end, developments show that the farm laws were not for the farmers; they, too, were election jumlas.