The petitioner has annexed the photo of the incident that had taken place yesterday at Red Fort where some persons allegedly remove the National Flag and hoisted their own flag in place of it. 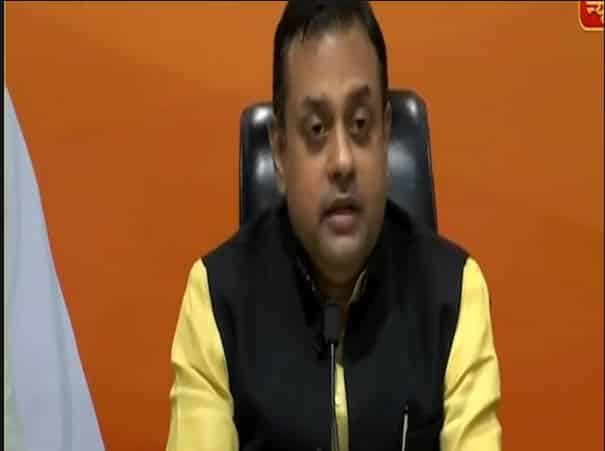 A writ petition has been filed in the Supreme Court against BJP spokesperson Sambit Patra and ABP News, alleging a conspiracy hatched by them against innocent farmers, to implicate them as terrorists and hooligans by running fake news and propaganda on its news channel debate.

Sharma sought directions to the Centre to direct the National Investigation Agency (NIA) to register an FIR against Sambit Patra and ABP News and others under Sections 211 and 182 of IPC r.w. 120-b & 107 of IPC and to prosecute them in accordance of law for declaring false allegation & charge, filing false FIR with NIA against innocent farmers under false concocted conspiracy hatched by them to fix them under criminal conspiracy to abuse them as terrorist for their political object i.e. derail farmer protest against farmer bills.

The petitioner has annexed the photo of the incident that had taken place on Republic Day at Red Fort where some persons allegedly removed the national flag and hoisted their own flag in place of it.

“Within the photo, it is proved that no one removed national flag at Red Fort (as can be seen in P-2). A false concocted criminal allegation has been imposed upon the farmer. However, person who wave religious flag at Red fort at different point other than National flag is close to Prime Minister as can be seen on P-3,”

The petitioner further contended that farmers conducted tractor rally on various fixed routes but was not displayed in any TV channel, no farmer was having any weapon/ arm explosive. Delhi Police till now did not alleged such an allegation. How can an empty-handed farmer be called terrorist? What reporters and BJP spokespersons have been shouting on each TV channel and press that these are not farmers, they are terrorists.

Blaming the Delhi Police for yesterday’s incident, the petitioner submitted, “Delhi Police, knowingly and deliberately, misled farmers and did not adopt legal systems to guide their tractor rally route and despite given police permission, prohibited them to enter in Delhi as per prescribed route which compelled some of the farmers to remove barricades from the routes to enter Delhi.”

“There was no attack by any farmers upon Delhi Police but ABP News and other pro-BJP media had been shouting declaring farmers protest as goondagardi and terrorist,” avers the plea.