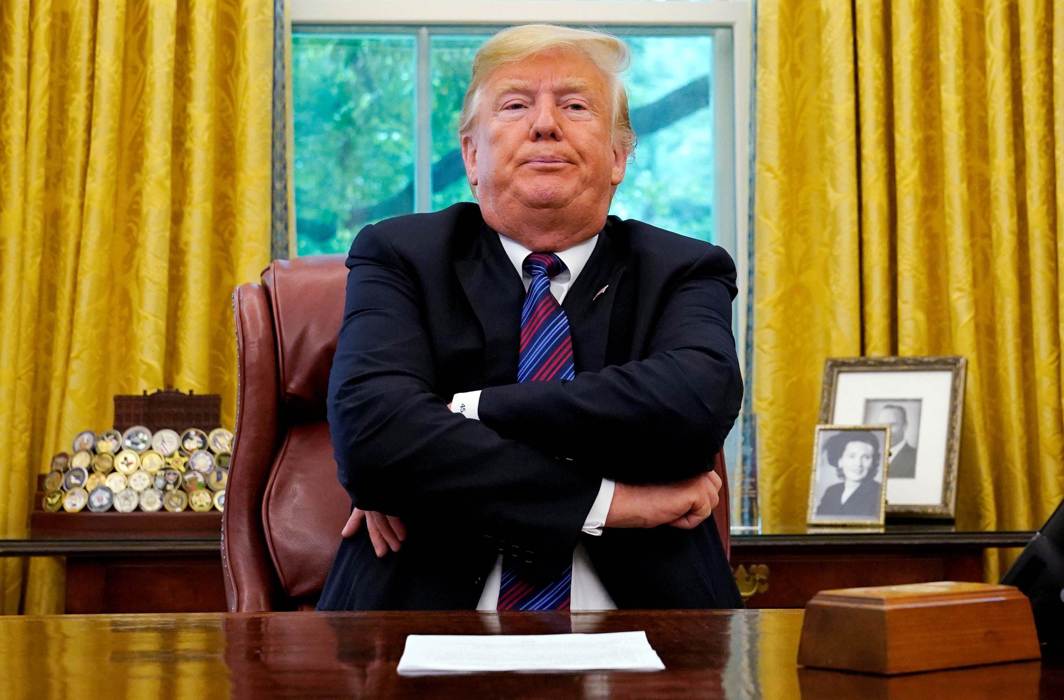 The FBI raided former US President Donald Trump’s home at Mar-A-Lago in Florida and seized documents, including some from a safe. It was a court ordered search for classified documents Trump allegedly took when he left the White House on January 20, 2021.

Trump has had a combative relationship with the Department of Justice, the department under which the FBI functions, which is perhaps because he couldn’t grasp that the DOJ is the national government’s law firm, not the President’s law firm.

When federal law enforcement agency officials conclude that information, related to a criminal investigation can be found at
someone’s residence they request a court approved search warrant. Usually, they are looking for documents or electronic devices. This is very unusual regarding a former president, but then Donald
Trump is unlike any former president.

Trump is in New Jersey where
his golf course hosted a controversial tournament. He decried the raid, saying the FBI’s unannounced raid broke into his safe. All of this suggests his post presidency is entering a a dramatic period of escalating intensity.

This comes just 10 days after the House Investigating Committee wrapped up its first series of reports and accused the president of both organizing the January 6 insurrection and then falling to do anything when it started trashing the Capitol buildings.

“My beautiful home, Mar-A-Lago in Palm Beach, Florida, is currently under siege, raided, and occupied by a large group of FBI agents,” Trump said in a statement. The FBI declined to comment on whether
it had conducted a search of the former president’s property. But, this would require approval at the highest levels of the Justice Department.

A Department spokeswoman declined to comment when asked whether Attorney General Merrick Garland approved the step.

Trump said the raid was “unannounced” and claimed it was not “necessary or appropriate.” The former president, without evidence, accused Democrats of weaponizing the “justice system” against him.

In a lengthy statement in which he equated the raid to Watergate,
Trump accused the FBI of “even” breaking into his safe but provided no further details on what federal agents were looking for, or what else happened during their visit.

The National Archives and Records Administration in January retrieved 15 boxes of documents and other items from Mar-a-Lago that Archives officials said should have been turned over when Trump left the White House. Questions existed about whether Trump violated
the Presidential Records Act, which requires the preservation of memos, letters, notes, emails, faxes and other written communications related to a president’s official duties. “The Presidential Records Act is
critical to our democracy, in which the government is held accountable
by the people,” Archivist of the United States David S. Ferriero said then. He suggested there were additional missing documents.

Various Republican leaders called it a overreach and a politicization of the FBI, vowing revenge they gain control of the governmental at the mid-term elections. All of this comes as President Biden and

Democrats have managed to pass a major climate bill and make other
strides. In a show of spite, Republicans voted against a bill that would have capped the price of Insulin for millions of Americans with private insurance or no insurance. That is sure to be popular with diabetic patients who are Republicans as the pharmaceutical industry price for
insulin keeps increasing.

Trump advisers have denied any bad intent, saying the boxes contained mementos from his presidency. It is understood that Trump frequently tore up documents he did not like. Acceptable in the private sector, not in government at the highest level.

Trump has an upcoming meeting for an under-oath interview regarding real estate practices with the attorney general of New York State, a meeting postponed because of the death of his former wife Ivana Trump. She was buried close to the first tee at his Bedminster Golf Course to take advantage, apparently, of a New Jersey law which prohibits real estate taxes for burial grounds.