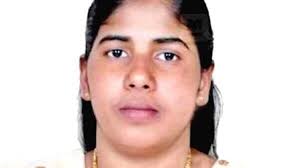 Former Supreme Court judge Justice Kurian Joseph will lead a mediation attempt to free Nimisha Priya, the Indian nurse who is facing the death sentence in Yemen for the murder of a Yemeni citizen.

As per Yemeni law, only if the family members of the victim pardon the convict in a murder can the person be released, else the law takes its course.

Justice Kurian Joseph told media that “Save Nimisha Priya Council”, an NGO that is leading the negotiations for her pardon under Advocate Subhash Chandran, approached him. He also made it very clear that  it was a purely voluntary undertaking, without the involvement of the Government.
Joseph said he agreed to it since his only thought was to save someone’s life.

Nimisha Priya, a nurse from Kerala, was convicted for the murder of Yemeni national Talal Abdo Mahdi in 2017 by injecting sedatives him. The reason or the motive of the crime was that she wanted to get her passport which Mahdi had illegally detained.

Recently, a writ petition was filed in the Delhi High Court by “Save Nimisha Priya Council” seeking the intervention of the Union Government for her release.

The Court was informed by the Centre that it will take proactive steps to pursue the appeal against her conviction. The Centre did not forget to add that it cannot participate in the negotiations with the victim’s family.

The Centre has promised to undertake the responsibility for provide all necessary consular support and facilitate the travel of the negotiators. The Court disposed of the petition observing that it cannot issue a direction to the Centre to enter into negotiations with the victim’s family to accept the bloodmoney.