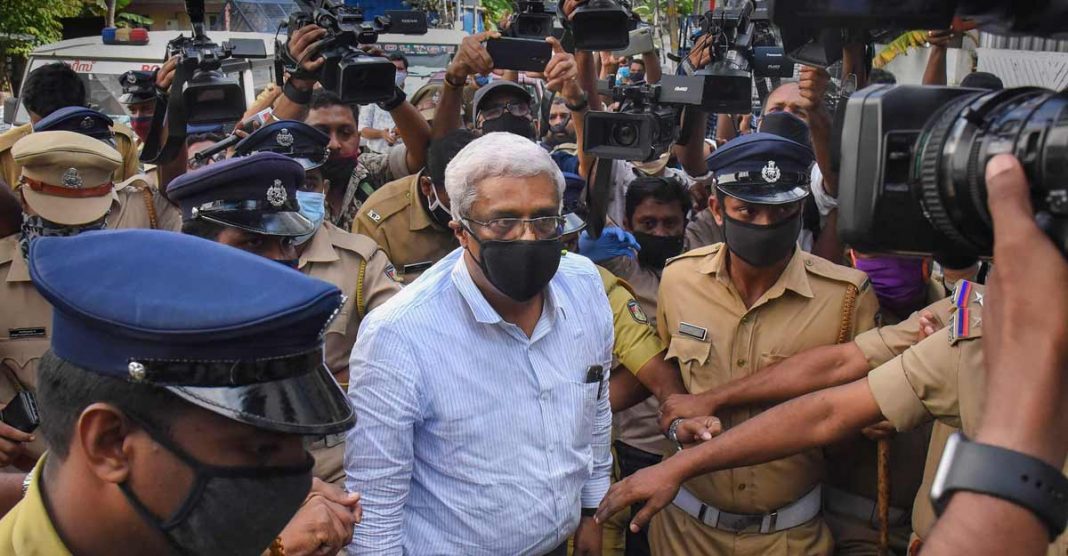 New Delhi (ILNS): The Kerala High Court has stayed till October 23 the arrest of senior bureaucrat M. Sivasankar by the Custom department in the gold smuggling case. It will consider his anticipatory bail applications in cases registered by the Customs department as well as those by the Enforcement Directorate.

A single bench of Justice Ashok Menon, who heard the plea, also directed the Customs Department to file a counter affidavit in this case.

During the argument, Senior Advocate P. Vijayabhanu, who appeared for the former Principal Secretary, submitted that he is willing to appear before any investigating authority and has also done so in the past. 600 hours of travelling for the purpose of investigation has taken a toll on the health of M. Sivasankar, the advocate said.

The High Court had granted him interim protection from arrest till October 23 in the case registered by the Enforcement Directorate.

Opposing the bail plea, the counsel for the Customs sought time for filing a counter-statement in the case.