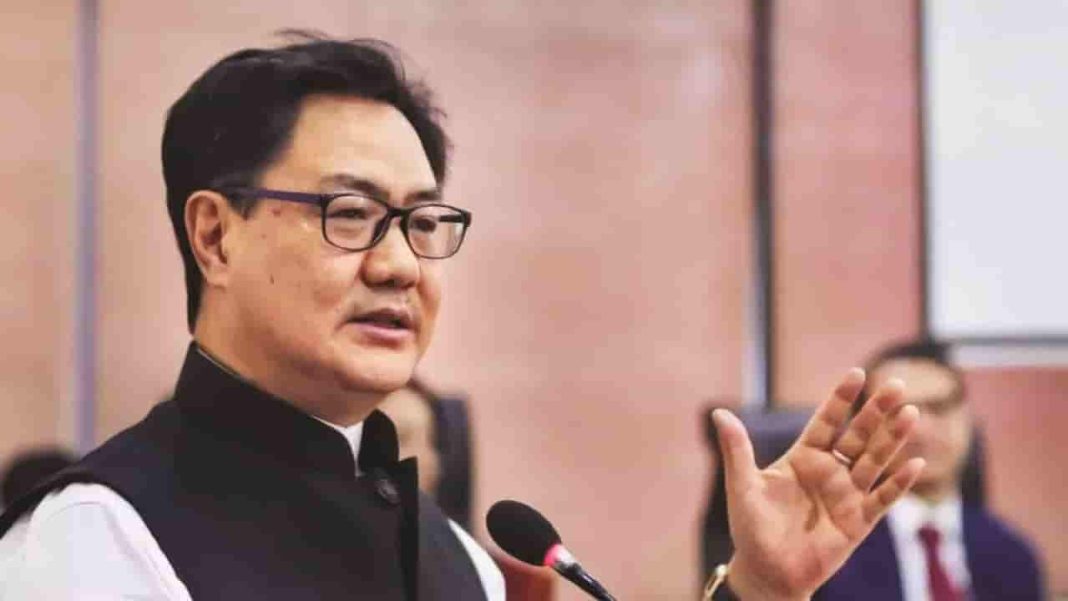 Law Minister Kiren Rijiju on Friday told the Parliament that in order to clear the pendency in higher judiciary, the government had suggested the Chief Justices of all High Courts to curtail the vacations by at least 10-15 days and the extend the working hours of the courts by at least 30 minutes.

Giving a written reply to BJP MP Balak Nath during the Question Hour in the Lok Sabha, Rijiju said the Law Commission, in its 230th Report on ‘Reforms in the Judiciary – Some Suggestions,’ had made the above suggestions.

The Report was forwarded to the Chief Justices of all High Courts to consider the suggestions for adoption, he added.

It further provided that the length of summer vacation and the number of holidays for the court and the offices of the court shall be such as may be fixed by the Chief Justice and notified in the official gazette so as not to exceed 103 days, excluding Sundays not falling in the vacation and during court holidays.

Rijiju said the judiciary was an independent organ under the Indian Constitution and the government was fully committed to the independence of judiciary. The government constantly endeavoured to provide a conducive environment for judges to discharge their judicial functions smoothly, he added.

Did you find apk for android? You can find new Free Android Games and apps.
Share
Facebook
Twitter
Pinterest
WhatsApp
Previous articleDelhi Riots: Discharge of Umar Khalid and Khalid Saifi does not clear them of larger conspiracy
Next articleCourt should not hear Bail applications for more than 10 minutes: Supreme Court in Sharjeel Imam case