Grant of Benefit of ‘Ex-gratia payment’ in lieu of compassionate appointment cannot be made to sibling: GauhatiHC 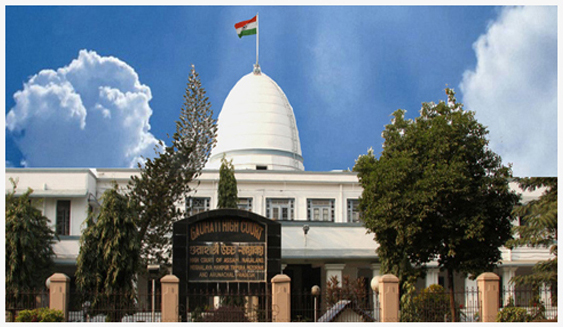 Gauhati High Court on Friday allowed the appeal by State Bank of India against grant of benefit of Ex-gratia payment of the Scheme for Compassionate Appointment, which is applicable to employees, who die-in-harness on or after 04-08-2005.

It was held by the bench of Chief Justice and Js. Soumitra Saikia that the order passed by the Single Judge giving direction to the Bank to grant the benefit of Ex-gratia payment is erroneous and be set aside.

The Respondent Sh. Kunal Gupta, is the brother of late Naba Kumar Gupta, who during his service as a Cashier-cum-Clerk in Arunachal Branch of State Bank of India at the age of 28 years committed suicide. The deceased employee left behind his mother Smt. Smriti Gupta and the younger brother. Soon after the death of his brother, the respondent applied to the Bank seeking employment on compassionate ground under the die-in-harness scheme. The respondent claimed to be a dependent of the deceased employee under the “die-in-harness” scheme. The appellant/Bank withdrew the earlier Scheme for Compassionate Appointment and in lieu thereof, a Scheme for payment of Ex-gratia lump sum was introduced with effect from 04-08-2005 and petitioner was asked to submit application in prescribed format.

It was contended by the Bank in the Writ Petition that the deceased employee, Late Naba Kr. Gupta, who was the brother of the respondent, was also appointed on compassionate ground on the premature retirement of their father Late Pranab Bhushan Gupta, by suppressing the fact that their mother was gainfully employed and that the family was not living in penury or financial distress. It was also stated that at the time of the death of the brother of the respondent, the mother was drawing family pension from the SBI and also pension from BSNL, besides having landed property.

The Bank under the Scheme, before granting any benefits, is required to take into consideration the financial condition of the family.

It was held that in the facts of the case, SBI had taken the decision that there was no financial hardship faced .The learned Single Judge failed to appreciate that the appellant Bank authorities had examined the matter and have considered the application as per the terms and conditions of the Scheme and it had found the respondent/petitioner not suitable for grant of any relief under the said Scheme.

There is another aspect of the matter. As per Clause 4 (i) of the Scheme, ‘family’ does not include brother of the employee who died in harness. The respondent writ petitioner being the brother is not even eligible to claim benefit of the Scheme. In such circumstances also no relief is admissible to the writ petitioner. This aspect of the matter not having been considered by learned Single Judge has also caused injustice and therefore also impugned order is liable to be set aside.