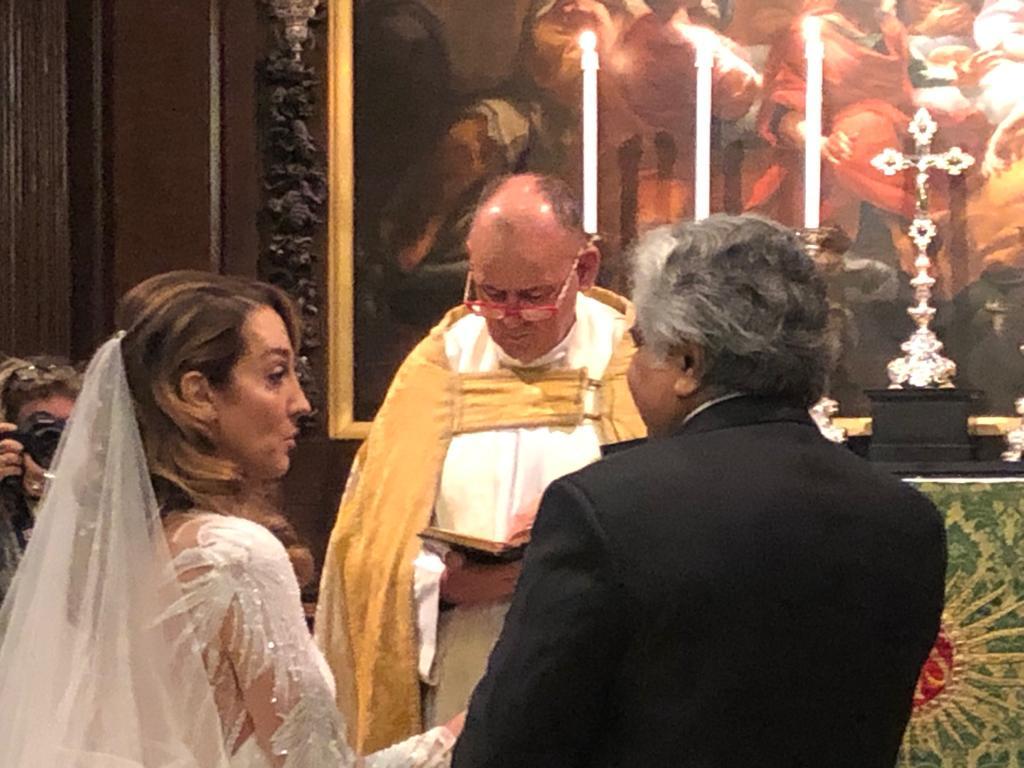 New Delhi (ILNS): Harish Salve, one of India’s busiest lawyers – almost a celebrity to some – got married at a quiet church event in London yesterday. Salve is now London-based. The 65-year-old’s bride is London artiste Caroline Brossard (56). Just 15-odd people, as per rule, were present at the occasion.

Salve, the former Solicitor General of India, divorced his first wife Meenakshi in June this year. For Brossard, too, this was her second marriage. She has an 18-year-old daughter from her first marriage. While both are passionate about theatre, classical music, and art, their meeting place was, expectedly, an art event.

Present at the wedding were Caroline’s family members and Camellia and Namita Panjabi, Indian restaurateurs based in the UK.

Salve is a sought-after lawyer. In recent times, he has handled cases such as the Kulbhushan Jadhav case (held in Pakistan), the Vodafone case, the ITC Hotels case, and cases involving the super-rich, such as Mukesh Ambani, Ratan Tata, and others. In January Salve was appointed the Queen’s Counsel (QC) in England and Wales, an honour rarely bestowed upon non-English lawyers.

Called upon at the Blackstone Chambers in 2013, he was appointed to the English Bar soon after. Then, in January this year, his name was among the silk appointees, being raised to be the QC.

Among cases in the fray in Indian courts, he has been handling the Facebook case against the Delhi government and has also been representing the Indian Banks Association in the loan moratorium case.

Salve has said that he prefers physical hearings but has become rather comfortable with virtual hearings too. In a recent interview, he has said:

“I can spend half-hour at the Gujarat High Court and within 15 minutes be available for the Karnataka High Court. But I must confess I much prefer personal appearances where you can study the judge’s body language.”

He is not only sought after, but he is also one of the highest-paid lawyers around.

He has had a strong upbringing. In Nagpur, where he was brought up, Salve’s father, NKP Salve, was a CA, but a more prominent Congress politician. Salve got his LLB from Nagpur University and in 1992 became a Senior Advocate, associated with the Delhi High Court. Seven years later he was appointed the Solicitor General for India.

As for his own family, Salve has two daughters, Sakshi (37) and Saaniya (33). They live in Delhi, and with Saaniya pregnant, Salve is soon to become a grandfather.

The church wedding was needed because Salve is a baptized Christian and has been attending church for the past two years.