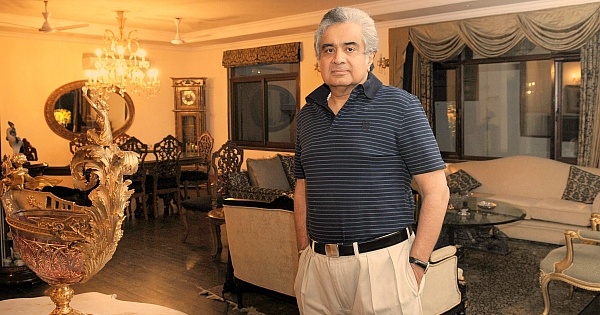 New Delhi (ILNS): Renowned lawyer Harish Salve, almost a celebrity in legal circles in India, is tying the knot, again, this time with London-based artiste Caroline Brossard. Senior Advocate Salve, whose divorce from his first wife Meenakshi was finalized in June, will be married to Brossard in a church wedding on Wednesday.

Harish Salve, former Solicitor General of India and Senior Advocate of the Supreme Court, is going to get married for the second time. In Britain, 65-year-old Queens Counsel Harish Salve recently divorced his first wife Meenakshi Salve and legally separated from her. Salve is going to marry his friend Caroline Brossard at a London church on 28th October. This is the second marriage of both.

Both Salve and Caroline also have children from their former marriages. Caroline, 56, is an artiste by profession and is the mother of a girl. Caroline met Salve at the Art Exhibition. Gradually the two became friends and are now going to be tied up.

Harish Salve served as the Solicitor General of India from November 1999 to November 2002. He has been associated with many high-profile cases, such as the Kulbhushan Jadhav case, the Vodafone, Ratan Tata, Mukesh Ambani, and ITC hotels cases. In January this year, Salve was appointed a Queen’s Counsel for the courts of England and Wales, a title which is recognized all over the world.

Salve was born in a Marathi family on June 22, 1955. His father, NKP Salve, was a CA and a politician belonging to the Congress. His mother, Ambriti Salve, was a doctor by profession. Salve and Meenakshi tied the knot in 1982. The couple has two daughters.

Salve has adapted to being a Londoner. He lives in north London. Salve and Brossard first met at an art event a year ago. The two have been seeing each other since then. Brossard is an artist. She grew up in the UK.