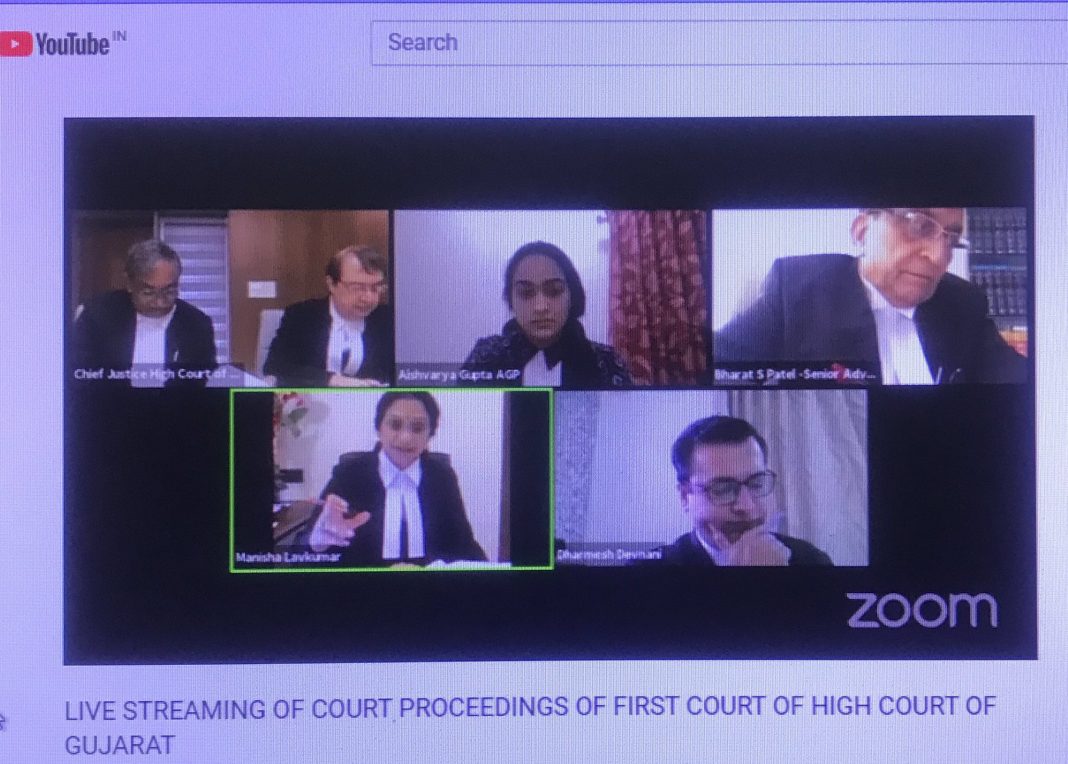 The decision has been taken referring to the Model Video Conferencing Rules as prescribed by the e-Committee of the Supreme Court. It has been provided that the public will be allowed to view the Court hearing conducted through video conferencing.

The press release stated that the live streaming has been started with a view to effectuate and broaden the implementation of the open court concept even during the virtual hearings of the Court.

The live streaming of the video conference court proceeding has been started while streaming the court proceedings of the bench headed by the Chief Justice from today itself to ascertain the feasibility and workability of the available options for the same.

The court stated: “Aspect of continuing with or adapting the modality of live court proceedings will be decided based on the outcome of this trial starting today and any other trial of any other modality that may be taken up in due course.”

Earlier, the HC had also introduced the facility ‘Email My Case Status’, through which one can get automatic email updates with regards to current status and future updates of any case of Gujarat HC, District, and Talukat Courts of Gujarat.

Link to the live stream is available on the Gujarat High Court’s website and may be accessed from the YouTube Channel of the High Court.

Center said in an affidavit in the Supreme Court that the NDMA has recommended an amount of Rs 50,000 each as ex-gratia payment to covid-19 deceased families. The Affidavit, was filed by Govind Mohan, Additional Secretary, Ministry of Home Affairs, was in response to Supreme Court directions.
Read more
India Legal
Did you find apk for android? You can find new Free Android Games and apps.