In-depth: Deepika Padukone, a profile of the actor and her highs in a sparkling career 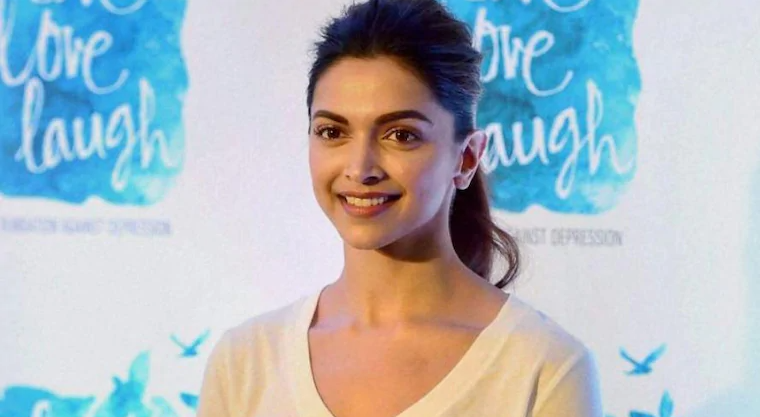 Deepika Padukone was born on January 5, 1986 at Copenhagen, Denmark to renowned badminton player Prakash Padukone, the first Indian to win the All-England Badminton Championships, and wife Ujjala Padukone. Deepika was a national-level badminton player, but at the age of 16, she stopped playing the sport in pursuit of a career as a fashion model. Early in her modelling career, she attained popularity as the face of many brands and products. In 2005, Padukone made her fashion runway debut for Suneet Verma at the Lakme Fashion Week and subsequently in 2006, also featured in the music video of Naam Hai Tera alongside Himesh Reshammiya.

Padukone’s journey into films started in the South with her debut film in 2006, Aishwarya, a Kannada film directed by Indrajit Lankesh, opposite Upendra. The film turned out to be a success, presenting the acting prowess of the former model. An alumnus of Anupam Kher’s film academy, Padukone got her first break in Bollywood with the 2007 melodrama Om Shanti Om, opposite one of the biggest superstars in Bollywood, Shah Rukh Khan. The movie turned out to be a superhit, grossing around Rs 149 crore, catapulting Padukone into the minds of the audiences and bringing her a Filmfare Best Female Debut Award.

As in her acting career, Deepika Padukone has been successful on the personal front as well, marrying her long-term boyfriend and fellow Bollywood star Ranveer Singh. Padukone tied the knot in November 2018 at Lake Como, Italy, in traditional Konkani and Sindhi ceremonies.

Outside films, Padukone has tried to raise awareness about mental health in India, having been diagnosed with clinical depression herself in 2014, she has founded the Live Love Laugh Foundation.

In 2014, Padukone called out Times of India for their tweet reading, “OMG Deepika Padukone’s cleavage show!”, taking on TOI she tweeted “Yes, I am a woman. I have breasts. I have a cleavage. You got a problem?” garnering support from the film fraternity and the audiences alike and compelling TOI to delete the tweet.

Deepika never seems to mince her words and has been known to voice her opinions even in the face of severe backlash. In 2020, Padukone attended the protest of students who were brutalised during the infamous Jawaharlal Nehru University 2020 attack as a result of protest against the Citizenship Amendment Act. Padukone showed her solidarity with the students, on the eve of release of Chhapaak, members of the ruling party and right-wing groups called for a boycott of the film, resulting in loss to Padukone as she had co-produced the movie.

Never shying away from controversy, Deepika Padukone was questioned by the Narcotics Control Bureau after her WhatsApp chats were leaked.

Donations
Even though as a public figure, every aspect of the actor’s life is accessible in the public domain, but little is known about the philanthropic endeavours undertaken by Padukone, having donated about Rs 3.3 crore to her own NGO, the Live Love Laugh Foundation. The actor has generously donated to various other causes, including:

Establishing herself as one of the select few leading ladies in Bollywood capable of carrying a film on her shoulders, Deepika Padukone charges about Rs 14 crore per film (2018).

She holds several bank accounts in India, her accounts are with

Her bank accounts outside India

She’s a director in the following companies

An organization that deals with mental health issues. It was founded in 2015 by Deepika Padukone as a non-profit NGO to bring awareness on mental health ailments and issues in India.

The organization strives to reduce stigma that surrounds mental health by spreading awareness about mental health and connecting people with mental health professionals to give them accurate information and guidance to people seeking mental health. The Organisation has further sought to fund and support community-based mental health projects that can have a sustainable and a large-scale impact on the society, whilst also supporting research on mental health in India.

In 2016, the foundation launched the More Than Just Sad to assist doctors in properly treating patients suffering from mental ailments, such as depression and anxiety. They have also launched a social media campaign called #NotAshamed, thereby encouraging others to share their personal experiences/stories with mental illness. The organisation is currently working with Facebook to prevent suicides from being live streamed.

• Anna Chandy: She has been involved in the mental health domain in India for nearly three decades. Her body of work includes counselling individuals and family systems, training, and mentoring counsellors, and other community level interventions.

• Dr Shyam Bhat: He’s a psychiatrist and a physician, with postgraduate training and board certifications in Psychiatry, Internal Medicine, and Psychosomatic Medicine. Combined with these qualifications, he has over 20 years of experience and a deep understanding of eastern philosophy and healing practices and is regarded as a pioneer of integrative medicine and holistic psychiatry in India.

• Kiran Mazumdar-Shaw: She is the Executive Chairperson at Biocon. She is a pioneering biotech entrepreneur and a recipient of the Padma Bhushan (2005) and the Padma Shri (1989). She is committed to providing affordable access to healthcare with several global recognitions to her credit. She is the second Indian to sign the ‘Giving Pledge’ of the Gates Foundation.

• Dr Murali Doraiswamy: He is a Professor of Psychiatry and Medicine at Duke University School of Medicine (USA), where he is also a member of the Duke Institute for Brain Sciences. He has been an advisor to leading government agencies, businesses, advocacy groups, and serves as the co-chair of the World Economic Forum’s Global Future Council on Mental Health. He is a leading advocate for increasing funding for brain and behavioural research to help address great looming challenges in society posed by modern developments in the 21st century.

• Ananth Narayanan: He is an investor and entrepreneur in the consumer internet space in India. Most recently he was the Co-Founder and CEO of Medlife, one of the largest e-health companies having business verticals including pharmacy, diagnostics, and e-consultation. He was earlier the CEO of Myntra and Jabong, the country’s largest platform for fashion and lifestyle products. Ananth began his career as a Director at McKinsey & Company, where he led the Product Development practise in Asia and consulted companies on strategy and operations.

According to the Audit Report 2020-21 the Balance Sheet, Income and expenditure of Live Love Laugh Foundation are the following:#

He was born on June 10, 1955 (Gemini) at Bangalore in the erstwhile state of Mysore. He dominated the domestic badminton scene for almost a decade, from 71-80, winning his first senior national championship at the age of 16 in 1971, thereby becoming the youngest to achieve this feat. He went on to win 9 successive National Championships, hence setting another record.

Padukone first tasted international success at 1978 Commonwealth Games where he won the Gold Medal in the Singles Event and like a shark that’s tasted blood, the very next year he won the Danish Open and the Swedish Open, completely dominating the players of his era.

In 1980, Padukone won the most prestigious tournament in badminton, the All-England Badminton Championship which catapulted him to the summit of world badminton, making him the first Indian to win it and also the first to achieve rank 1 in world badminton.

Subsequently, Padukone won the Alba World Cup at Malaysia and the Indian Masters in 1981, The Dutch Open and the Hong Kong Open in 1982 and a bronze at the 1983 World Badminton Championship.

After an illustrious career, Padukone decided to hang up his boots in 1989. According to many, Padukone was done contributing to India’s badminton, but Prakash was only transitioning from a player to a mentor. In 1994, Padukone founded the Prakash Padukone Badminton Academy.

As fate would have it, an alumnus of the Prakash Padukone Badminton Academy would go on to become only the second Indian to win the prestigious All-England Badminton Championship, Pullela Gopichand.

Director in the following companies: