Even as polls to the House have been postponed, its original vision and design have changed as anyone can contest it irrespective of domicile. It is no more a council of states but of politicians. By Vivek K Agnihotri 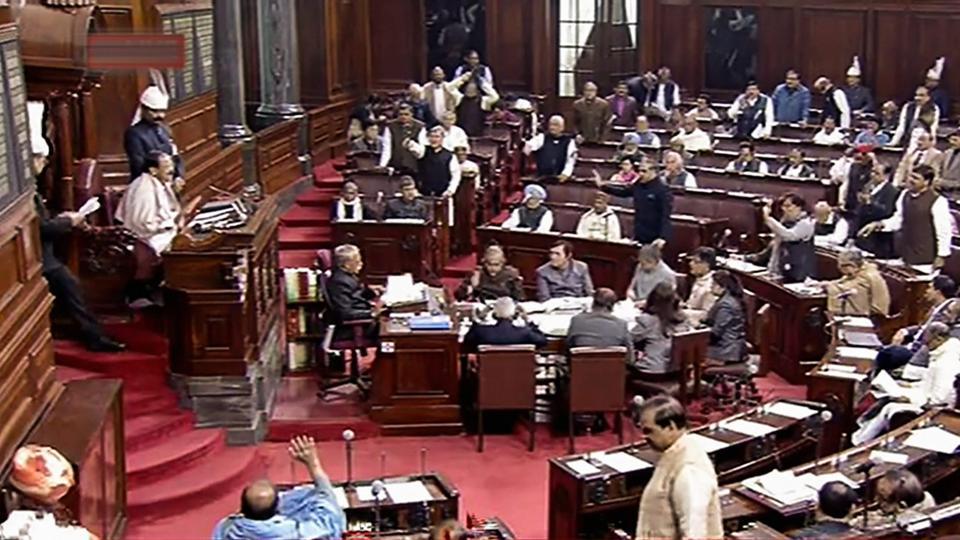 Biennial elections to the Rajya Sabha have been postponed to replace 55 retiring members in 17 states. Each member of the Rajya Sabha (RS) is elected for six years. According to Clause (1) of Article 83 of the Constitution, the Council of States (i.e. the RS) shall not be subject to dissolution, but one-third of its members shall retire every second year. This scheme has been considerably altered, and elections to the RS have being held on more than three occasions within six years.

This is due to the imposition of President’s Rule and/or dissolution of various state assemblies from time to time before the completion of their five-year term. Some state assemblies were thus in a state of dissolution when the biennial elections to the RS were due and hence elections to the seats of those states were held later. This staggering of elections has played havoc with the biennial schedule. Actually, the elections of 73 members will be held in the course of 2020, which is close to the statutory one-third.

Article 80 provides for the RS to have 12 members nominated by the president and not more than 238 representatives of states and Union Territories. As against this sanctioned strength of 250 members, the RS at present has 245 members, the number of elected members having been restricted to 233 as detailed in the 4th Schedule of the Constitution. There is a link between the numbers of RS seats allotted to various states and their respective population.

According to Clause (4) of Article 80, the representatives of each state in the RS shall be elected by members of the legislative assembly of the state in accordance with the system of “proportional representation by means of the single transferrable vote”. In simple terms, “proportional representation” means a political party gets to elect one or more member(s) to the RS in proportion to the number of its members in the state assembly. Again, the vote of each member of the assembly is “single” but “transferable”. Thus, in the ballot paper, the names of all the contesting candidates are listed and the electors have to indicate their order of preference against them. After putting “1” against the candidate of his choice, the MLA’s other preferences come into play only if the number of contesting candidates is more than the current vacancies in that state and, in the first round of counting, one or more candidates does not get the required number of votes to get elected.

The formula for deciding the minimum number of votes required by a candidate to get elected is:

For example, let us look at the scenario in Andhra Pradesh in the forthcoming elections. First the facts: the strength of the state assembly is 175; the number of RS seats for which elections are scheduled is four. The YSR Congress Party (led by Jagan Mohan Reddy) has a strength of 151 in the assembly. According to the formula given above, the minimum number of votes required by a candidate to get elected would be:

Each of the four candidates nominated by YSRCP would thus need to secure 36 votes. As the YSRCP has a strength of 151 in the assembly, it requires a whip to at least 144 (36×4) MLAs to give their first preference in the ballot paper to one or the other of the candidates nominated by their party. Other candidates, if any, in such a situation would be no-runners, at the starting point itself, because the opposition has only 24 members.

During the debates in the Constituent Assembly, a member, Loknath Mishra, conceptualised the RS as “a sobering House, a reviewing House, a House standing for quality and the members will be exercising their right to be heard on the merits of what they say, for their sobriety and knowledge of special problems….” M Ananthsayanam Ayyangar, a former Speaker of the Lok Sabha, thought that on such a platform of reflective consideration “the genius of people may have full play”, and it can make place for people “who may not be able to win popular mandate”.

However, over time, we have somehow moved away considerably from the original vision and design of the RS in letter and spirit. The RS, as envisioned by the framers of the Constitution, has been “basically” modified by removal of the domicile requirement originally mandated by The Representation of the People Act, 1951. In permitting anyone to contest the elections to the RS irrespective of domicile, the diversity, which was the hallmark of the Upper House, has been watered down and it has, to some extent, become somewhat akin to the Lok Sabha. It is no more the council of states, and at present is, to all intents and purposes, a council of politicians or “nominees”. Moreover, all those elected to this House are not uniformly “seasoned” persons who add value to parliamentary proceedings. Having thus meddled with the scheme of the Constitution, we cannot expect the RS to deliver its original mandate. This is something to ponder over by all stakeholders.

There are, therefore, a few suggestions worth consideration to revamp the Upper House. First and foremost is the issue of providing seats in the RS to various states on the basis of their population. This, in effect, amounts to making it somewhat of a clone of the Lok Sabha and doesn’t capture the diversity of the country in all its hues. When we consider all states as equal for certain legislative purposes, why then this discrimination in their representation in the RS? Is a modified adaptation of the US Senate system possible by making two or three categories of states on the basis of population and providing equal representation to the states in each category? This question needs to be discussed and debated.

Further, in order to restore the original character and status of the RS, the domicile requirement of its member needs to be brought back. It is actually quite surprising as to why the Supreme Court has not found the change inconsistent with the basic structure of the Constitution. Moreover, in view of the 73rd and 74th constitutional amendments, representation to the third tier of government (local bodies) needs to be provided in the RS as is already the case with the legislative councils in states.

There is one radical suggestion. The term of the RS may be reduced to five years and elections to all the seats may be held at one go (one nation, one election), immediately after the simultaneous direct elections have been held for the state assemblies. It will help to instantly capture the mood of the nation in one go rather than having to wait for one or more biennial elections.

However, it must be said that there are many good points about having a second chamber. It takes a second look at legislation and thus provides a check on hurried legislation. It shares the burden of legislation with the Lok Sabha. It ensures the accountability of the executive through various joint as well as stand-alone parliamentary committees. The 12 nominated members, who have special knowledge or practical experience in various fields, add richness to the parliamentary debates.

Most of the problems that critics associate with the RS are often about the functioning of Parliament as such. It would, therefore, be wrong to blame the RS for all the parliamentary disruptions and declining legislative work. Parliament has a splendid blend of continuity (RS) and change (Lok Sabha) in the true Indian tradition.

The debate regarding relevance of the second chamber is perhaps as old as the House itself. The story goes that in the late 18th century, when the American constitutional framework was on the anvil, Thomas Jefferson one day protested to George Washington at the breakfast table against the establishment of two Houses in the legislature. Washington asked him: “Why do you pour that coffee into your saucer?” Jefferson replied: “To cool it.” “Even so,” said Washington, “we pour legislation into the senatorial saucer to cool it.”