Jamia police brutality: Delhi Police says its action was justified and at par with threat 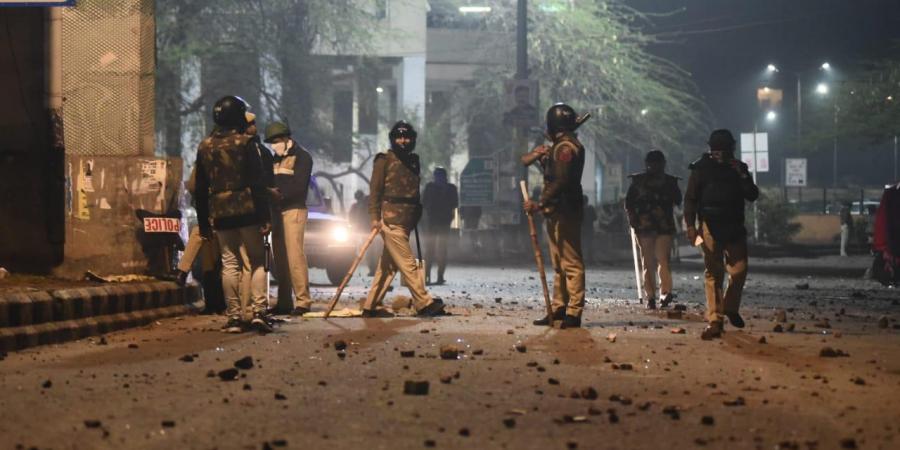 New Delhi: While a division bench of the Delhi High Court, comprising Chief Justice D. N. Patel and Justice Prateek Jalan was hearing arguments on a bunch of petitions seeking investigation into police brutality on students of Jamia Milia University, Additional Solicitor General Aman Lekhi, the police counsel, said that Delhi Police’s action was justified and at par with the threat to life faced by the police.

The applications have also sought compensation for students who sustained severe injuries during the police attack.

Lekhi told the court that

“even after repeated warnings, they continued to reach Mathura road through a parallel road.” He said that action taken by police was as per the standard operating procedure. “We warned them, they were not exercising restraint because of which mob was declared unlawful. Unlawful, not because they were protesting against CAA, but because they indulged in acts of arson,” Lekhi added.

Lekhi also said: “We made a demand for more force because of the large mob. I will call them mob, not students. They also started trespassing into residential houses and blocked the roads. They set the public property on fire, with no options left, tear gases and small forces were used.

“The mob became more violent at CV Raman. If it was a legitimate student protest they would not have indulged in this. Even if the initial protest was for a genuine cause they participated in, an unlawful mob crossed the limits of a democratic protest,” Lekhi contended.

Justice Jalan queried about the force used by the police against the students: “Was it proportionate?”

Lekhi said: “I have shown the gravity of the threat. Nature was of a criminal mob… The facts were not presented in the way I’m presenting… The right to private defense is also available. It was warranted and the whole thrust is that it remained in limits.

“Offences were attempt to murder, culpable homicide not amounting to murder. The response was proportionate to severity. Policing is the prevention and detection of crime,” Lekhi argued.

The Chief Justice said: “We will now hear on the next date.”

“A small request. We are seeking inspection of the CCTV camera footage submitted by the Delhi Police in a sealed cover.”

At this Lekhi stated: “We only referred to the charge sheet, no copy be given.”

The bench has listed the matter for further hearing on September 18.