The bench said it may not be proper on its part to give any listing date as the presiding judge was rescuing. Justice Shah then directed the registry to list the matter before a bench where Justice Banerjee is not a member. 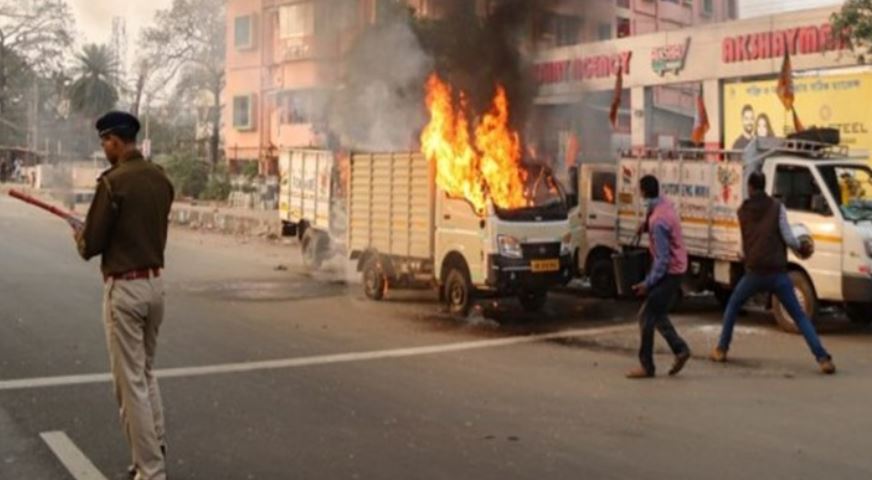 Justic Indira Banerjee of the Supreme Court recused herself on Friday from hearing petitions alleging violence following the declaration of results after the West Bengal Assembly Election 2021. The petitions were listed before a bench of Justice Banerjee and Justice M.R. Shah.

When the proceedings began, Justice Banerjee, who hails from West Bengal, said, “I have some difficulty in hearing this matter” and recused herself from hearing the matter.

Thereafter, Solicitor General Tushar Mehta requested for the listing of the matter on June 22, Tuesday, the bench said that it may not be proper on its part to give any listing date as the presiding judge was recusing. Justice Shah then directed the registry to list the matter before a bench where Justice Banerjee is not a member.

On May 18, the Supreme Court had issued a notice in Biswajit Sarkar & Anr. Vs. Union Of India to the West Bengal government on a plea seeking a CBI probe into the killing of two BJP workers allegedly by Trinamool Congress workers during the post-poll violence in the state. Biswajit Sarkar is the younger brother of the deceased Abhijit Sarkar, who was killed by a mob of 20 supporters of West Bengal’s ruling party, in his mother’s presence and also by widow of Haran Adhikari, a local booth worker who was attacked with bricks, sticks, spade, shovel at his home and brutally killed in the presence of his 80-year-old father.

Moments before his death, Sarkar had uploaded a video on Facebook highlighting how the Trinamool workers not only ransacked his house and of the NGO, but also mercilessly killed puppies and specifically blamed TMC for the attack on him and his eventual death.

On May 2, soon after the results of the Assembly election, state BJP leaders alleged that many party workers were killed, raped and assaulted and their houses set on fire across the state. They accused Trinamool cadre of carrying out the attack and alleged police are not doing anything to provide them protection. The Centre also sought a report from the West Bengal government on post-poll violence.