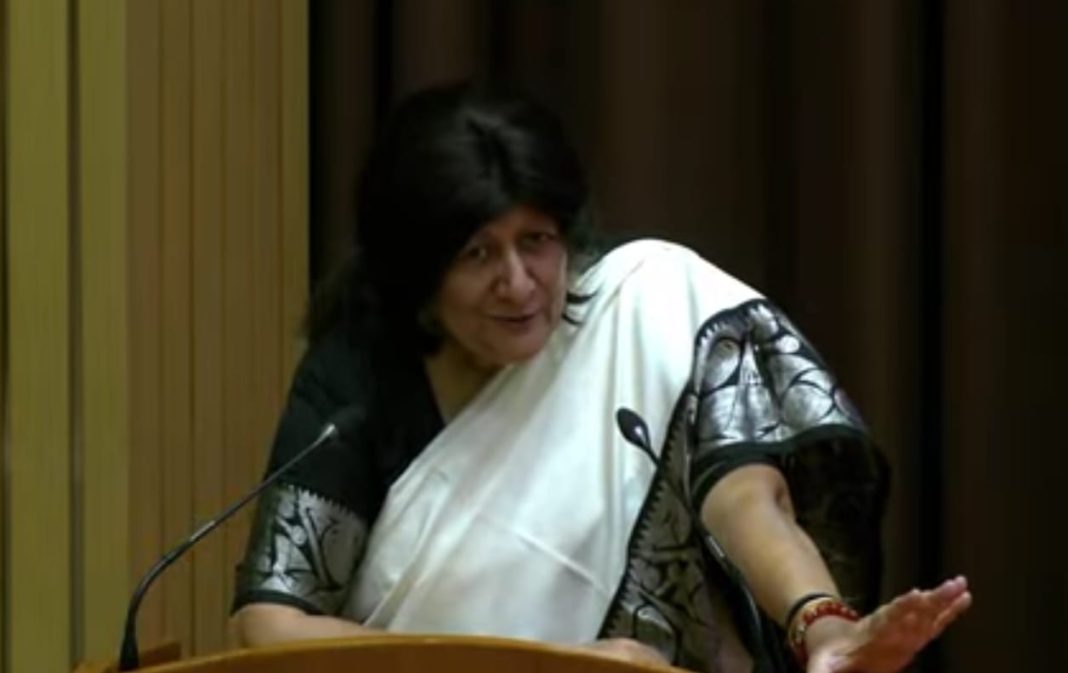 Supreme Court judge Justice Indira Banerjee on Friday advocated extending the tenure of judges in the Apex Court, stating that most judges give their best after about a year or so, but unfortunately, their tenure almost comes to an end by that time.

Speaking during a function to felicitate her on her retirement organised by the Supreme Court Bar association (SCBA), Justice Banerjee said she seconded the suggestion given by her former colleague, Justice Nageswara Rao, at the time of his retirement.

Speaking about the life of a Judge, she said there were some problems, which were peculiar to this profession, but that should not discourage the young people from entering this profession, as the hard work and dedication pays off one day. She said one has to make a lot of sacrifices and give up on a lot of things to become a Judge, which in other words meant that the life of a judge was not easy, but worthy of the efforts.

Addressing the young lawyers, Justice Banerjee said they should remain patient and not get discouraged by the ups and downs of this profession. She suggested them to come well-prepared for their cases, stating that good verdicts are delivered, when lawyers come prepared.

Remembering her first brush with the legal profession, Justice Banerjee said she first stepped in a court around 35-36 years ago, as a shy junior assisting Samaraditya Pal.

Talking about the well-known Barrister of Calcutta High Court, she said S. Pal taught her the ABC of law, adding that law was a neglected area of study during that time. The first generation lawyer said in the chamber of Pal, she learnt the basic law.

She thanked Chief Justice of India U.U. Lalit for giving her the opportunity to head the Constitution Bench in some important cases before retirement.

She said her only regret was that a considerable part of her tenure was eaten up by the Covid-19 pandemic.

Talking about SCBA, Justice Banerjee said it was a wonderful, strong, independent, learned and disciplined bar. She thanked her staff members, including court masters, her PA and PS, for showing utmost devotion to their work.
She said, “I may not come to the Supreme Court everyday to perform the judicial functions, but the interest of the judiciary will always remain my topmost priority.

“I am looking forward to a different kind of life. Initially, I did not have enough money to pursue my hobbies, such as reading books, listening to music and travelling. Then, I had money, but no time. Now, I have both. I will be able to spend time with my family and friends,” she added.

Speaking on the occasion, SCBA President Vikas Singh said Justice Banerjee’s father was an IPS officer. She had also decided to sit for the Union Public Service Commission (UPSC) examination. Her cousin advised her to take up law to score good marks in Civils.

“It was our good fortune that Justice Banerjee chose to make this her profession. She used to accompany Somnath Chatterjee’s daughter to the Calcutta High Court and gradually developed interest in the proceedings,” he added.

Chief Justice of India U.U. Lalit said during her 36 years of judicial service, she managed to cover many milestones with her dedication, untiring effort and single-focused approach.
He said normally, judges on ceremonial bench prefer hearing 10-15 cases, but his esteemed colleague Justice Banerjee, chose to hear all 50 cases today.

He mentioned three of her landmark judgements. These included holding the Chhattisgarh Rent Control Act, 2011 as unconstitutional, ruling that there was no time limit for an individual to seek anticipatory bail under Section 438 of the Code of Criminal Procedure, 1973, and the verdict by a Constitution Bench headed by her, which ruled that an unanimous verdict did not have more precedential value than a judgement delivered by a Bench of the same strength where one or more Judges dissented.

Speaking over demand of the SCBA chief regarding appointment of more women judges in High Courts of the country, the CJI said the Collegium always picked the best of lawyers.

SCBA Vice-President Pradeep Rai said Justice Banerjee was an extremely pleasant and gracious member of the Bench, who took care of Bar members as her own.

He said Justice Banerjee was transferred to the Madras High Court, which was considered as one of the most difficult High Courts in the country. She became the most popular judge of that High Court, added Rai.
He mentioned Justice Banerjee’s words, while addressing the national conference on Economic offences and Emerging dynamics and dimensions conducted at the Tamil Nadu State Judicial Academy (TNSJA) in Coimbatore.
She had said during the conference that people’s money handled in a wrong way was also an economic offence.