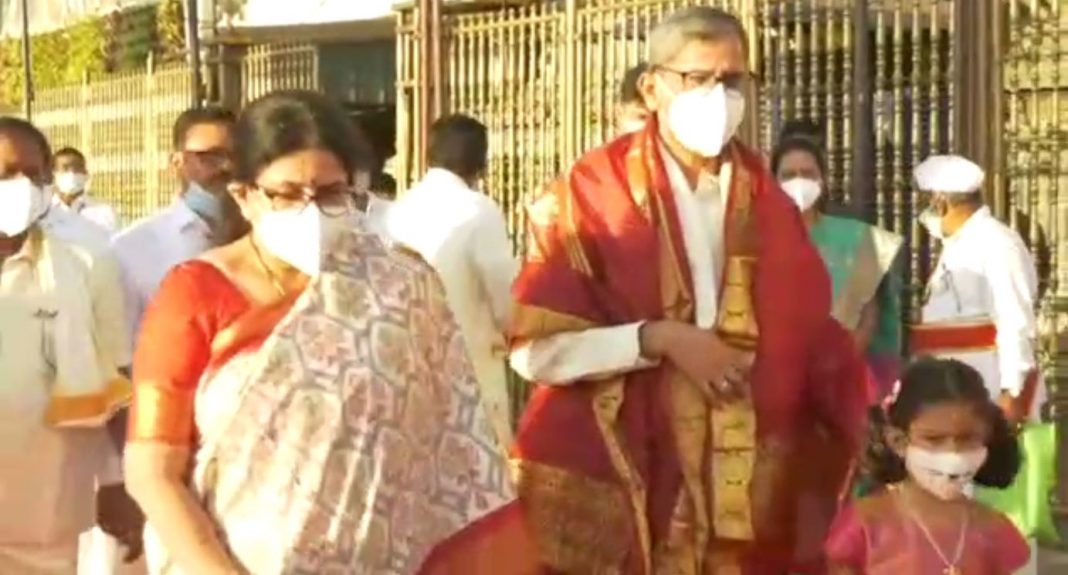 He has already served as the acting chief justice of Andhra Pradesh and also as Chief Justice of Delhi High Court. Chief Justices and Chief Justice designates have visited the Lord Venkateswara shrine to seek the deity’s blessings. He will succeed Chief Justice Sharad Arvind Bobde. Justice Ramana will be CJI till August 26, 2022.

Justice N.V. Ramana was born in an agricultural family on August 27, 1957, in Ponnavaram village of Krishna district in the erstwhile united Andhra Pradesh. Before joining law, Justice Ramana worked as a journalist for a regional newspaper for two years. He enrolled as an advocate on February 10, 1983. He has practiced in the High Court of Andhra Pradesh, Central, and Andhra Pradesh Administrative Tribunals and the Supreme Court of India in Civil, Criminal, Constitutional, Labour, Service, and Election matters. He has specialized in Constitutional, Criminal, Service, and Inter-State River laws.