Justice Uma Nath Singh, Lokayukta of Nagaland has submitted before the Supreme Court that he cannot continue as Chairman of Lokayukta, Nagaland. 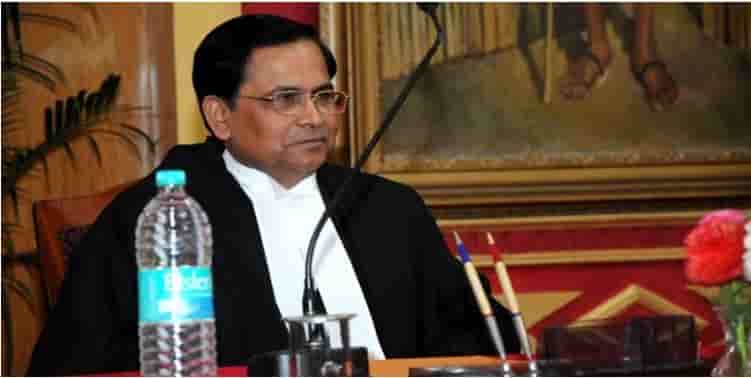 Justice Uma Nath Singh has submitted before the Supreme Court that he cannot continue as chairman of Lokayukta, Nagaland, due to unpleasant circumstances and a very hostile environment.

The state’s anti-corruption ombudsman has also sought protection from litigation launched by Nagaland in the Supreme Court, which is causing harm to his reputation.

In a note submitted by Senior Lawyer Vikas Singh in the Supreme Court, Justice Uma Nath Singh sought directions to the state of Nagaland to not use or refer any material or averment placed on record in the present writ petition or connected with the state of Nagaland against him for initiating any kind of action, complain or proceedings or defaming him in media or in any other manner etc. whatsoever in nature which could cause any stigma in any manner to his privileges, status (professional, official or otherwise).

The note was handed over to the bench headed by the Chief Justice SA Bobde on Monday, wherein Justice Uma Nath has mentioned his willingness to resign from the post of Nagaland Lokayukta subject to the condition that the petition filed by Nagaland Government be dismissed. The bench also comprised Justice A.S. Bopanna and Justice V. Ramasubramanian.

In his note, Justice Uma Nath Singh submitted before the Apex Court that there should be a factual reporting strictly confined to the content of the order and no one should be permitted to tarnish his image by bringing distorted facts and twisting the observations of the Supreme Court in front of the media or otherwise by any authority or individual.

The ombudsman has also cited the pending criminal case lodged by his driver against his earlier personal security officer (PSO) and demanded closure of the case. The case related to assault or use of criminal force to stop a public servant from executing his duty, punishable under Indian Penal Code Sections 353/506/511 read with Section 29 of the Police Act is pending with the Court of CJM Kohima against his earlier PSO/accused namely Vimazho Nasto. Justice Uma Nath Singh has said he has no objection to the compromise between the complainant and accused in view of the poor and pathetic condition of the family of the accused, who has also apologised saying that he committed the act under hallucination caused by withdrawal symptoms.

The Lokayukta also demanded a graceful exit from the state after submitting his resignation to the Governor.

“That the Registrar General of the Guwahati High Court and Chief Secretary, Government of Nagaland and Commissioner/Secretary to the Governor be directed to ensure taking custody of articles supposed to be handed over by the Lokayukt to his office, providing vehicles and other facilities as per his entitlement processing of his resignation if asked to submit to the Governor and safe and graceful exit of respondent from Nagaland,”

-stated in the Note.

On last hearing, the Top Court had asked Justice Uma Nath Singh that it’s better to resign from the post with this kind of relation with the government. Justice (Retd.) Uma Nath Singh, a former Chief Justice of the Meghalaya High Court, was appointed Lokayukta of Nagaland on February 22, 2019.