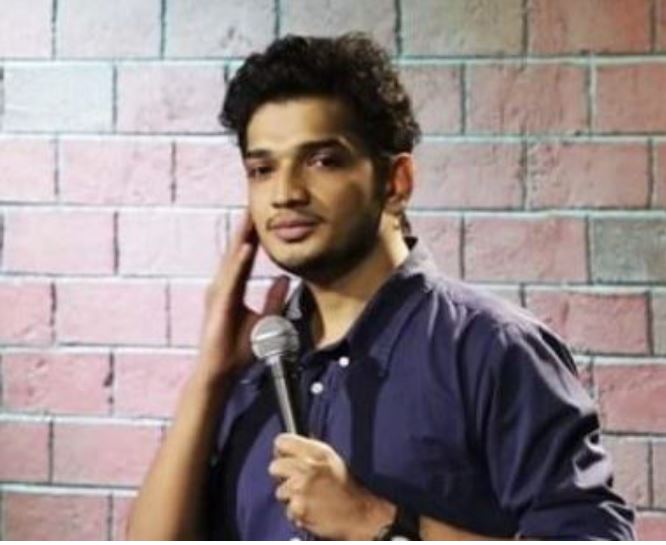 The Madhya Pradesh High Court on Thursday rejected the bail plea of stand-up comedian Munawar Faruqui and Indore resident Nalin Yadav, who were arrested on January 2 following complaints by a BJP leader’s son for allegedly hurting Hindu sentiments in a comedy show in Indore. Dismissing Faruqui’s bail, the Court said it is a constitutional duty of every citizen to promote brotherhood and harmony.

The complaint was filed against Faruqui and others by Eklavya Singh Gaur (36), son of a local BJP MLA Malini Laxman Singh Gaur, for allegedly passing indecent remarks about Hindu deities and Union Home Minister Amit Shah during a show. Later, a local court had then sent them to judicial custody. Faruqui was booked under IPC Sections 295A (outraging religious feelings) and 269 (unlawful or negligent act likely to spread the infection of any disease dangerous to life) among other charges.

The MP High Court had adjourned the hearing on Thursday after the police had failed to produce the case diary. The bail pleas of Faruqui and four other arrested stand-up comedians arrested in this case have already been rejected by lower courts.

The Indore bench of the court said the evidence/material collected so far suggest that the collected evidences shows that outraging religious feelings of a class of the citizens of India with deliberate intent were made by the applicants. Dismissing the bail applications, the court observed that the applicant along with other co-accused allegedly made outraging filthy jokes on social media against Hindu gods, Lord Shri Ram and Sita for the last 18 months.

On Monday, the court had reserved its order on Faruqui’s bail plea and then asked his lawyer Vivek Tankha if he wanted to withdraw the bail application but Tankha has submitted that bail should be granted. A lawyer alleged that Faruqui made other objectionable statements against Lord Ram and Sita.

Following this, Justice Rohit Arya had said such people must not be spared. However, Faruqui’s advocate Vivek Tankha along with Anshuman Shrivastav argued that the comedian has not uttered a word at the event for which he can be punished. Faruqui’s bail plea was rejected on January 5 by a sessions court while his judicial custody was extended by another two weeks on January 13.

Activist Saket Gokhale had also written to the Chief Justice of the Madhya Pradesh High Court to transfer the bail plea to another bench in the interests of justice and fairness. Gokhale’s letter raises various concerns over certain remarks by Justice Arya during Monday’s hearing carrying a presumption of guilt on the part of the accused even before trial began.