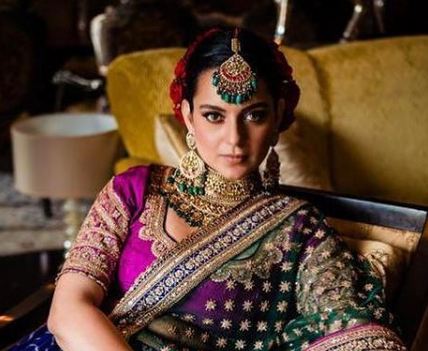 A member of the Delhi Sikh Gurdwara Management Committee (DSGMC) has sent a legal notice to actor Kangana Ranaut seeking her apology for her derogatory tweet defaming farmers, protesters, and activists involved in the Kisan Andolan and protests in Delhi/NCR.

The notice has been sent by Advocate Harpreet Singh Hora on behalf of Jasmin Singh Soni, who is an elected member of DSGMC and stands in solidarity with the farmers who are protesting against the Farm laws introduced by the the government, including the Farmers’ Produce Trade and Commerce Bill 2020, Farmers Agreement of Price Assurance and Farm Services Bill 2020 and the Essential Commodities Bill 2020.

“Ha ha ha she is the same dadi who featured in Time magazine for being the most powerful Indian…. And she is available in 100 rupees. Pakistani jurno’s have hijacked international PR for India in an embarassingway. We need our own people to speak for us internationally” Kangana Ranaut’s tweet read.

According to the notice, Ranaut’s tweet indicated that one of the activists and an old woman Daadi, is available for a paltry sum of Rs 100 per day thereby implying that the said farmers agitation is a motivated, paid and sponsored protest. When Ranaut’s  premises were demolished, she had used social media to gather solidarity from her fans stating that her fundamental rights had been violated. Similarly, the right to peacefully protest is a part of the farmers’ rights under the Constitution of India and she cannot claim a right to demean and insult the farmers.

Also Read: NBW out against Rita Bahuguna Joshi for model code violation in 2012

The notice has called Ranaut’s tweet a clear example of a “Hate Tweet” that needs to be tackled at the earliest as otherwise she may keep peddling unverified information on social media which may lead to further law and order problems. Ranaut has been asked to tender a written apology within 7 days or unconditionally withdraw the statement/ tweet and issue a clarification failing which legal remedies available against her would be explored.

Did you find apk for android? You can find new Free Android Games and apps.
Share
Facebook
Twitter
Pinterest
WhatsApp
Previous articleNBW out against Rita Bahuguna Joshi for model code violation in 2012
Next articleAllahabad HC stays UP recovery notice for Rs 67 lakh for damage caused during anti-CAA protests