The suit has been filed by devotees and worshippers of Lord Shiva, practicing the vedic sanatan hindu dharma. 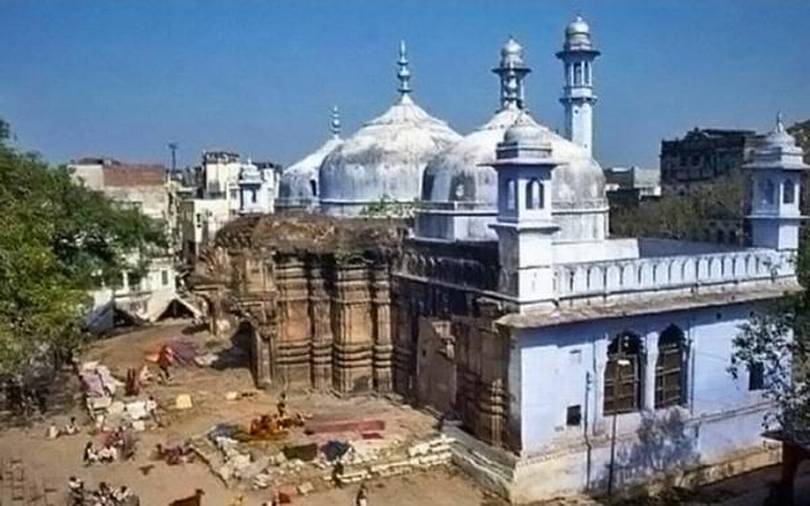 A civil suit has been filed in the court of Civil Judge Senior Division, Varanasi on Thursday seeking the court’s permission to resume puja in the Gyanvapi mosque area of the Kashi Vishwanath temple complex. The plea states that the seat of the ancient temple falls under that area occupied by the mosque.

Petitioners Ranjana Agnihotri, Jitendra Singh and eight others have filed the plea, in their locus as next friend of Goddess Maa Gauri. The suit has been filed by devotees and worshippers of Lord Shiva, practicing the Vedic Sanatan Hindu dharma.

The plea has listed the Union of India through the Ministry of Home Affairs, Uttar Pradesh, DM Varanasi, SSP Varanasi, UP Sunni Central Waqf Board, Committee of Management Anjuman Intazamia Masjid and Board of Trustees of Kashi Vishwanath Temple as respondents.

The plaintiffs state that Adi Vishveshwara and Goddess Maa Gauri have been worshipped since ancient times. A part of the Adi Vishveshwara temple was demolished by Aurangzeb in 1669. The claim states that the Goddess is the self-styled owner of the entire complex and that the construction done on one part of it can neither be called a mosque nor a waqf. Also, the other side may not be entitled to use any part of the temple.

The plaintiffs state that the Kashi Vishwanath Act 1983 recognizes the existence of Jyotirlinga and Adi Vishweshwar present in the old temple.

According to the suit, every citizen has a fundamental right to perform puja, worship and rituals according to the tenets of his religion within the ambit of Article 25 and any “obstacle” created before January 26, 1950 has become null and void by virtue of Article 13(1). Therefore, the plea states:

“An idol worshipper cannot complete his puja and gain spiritual advantages without having objects of worship. Any hindrance/ obstacle created in performance of puja, is denial of right to religion guaranteed under Article 25 of the Constitution of India.”

After demolishing the existing building, the defendant side should be prevented from interfering with the new construction. The Board of Trustees of Kashi Vishwanath Temple should be directed to restore the worship of Shringar Gauri, Adi Vishweshwar and other divinities.

The Court has referred it to the regular Court for hearing on the maintainability of the Petition. The case was heard by the Court of Additional Civil Judge II Kumudlata Tripathi due to regular court i.e. Civil Judge Senior Division being on leave.