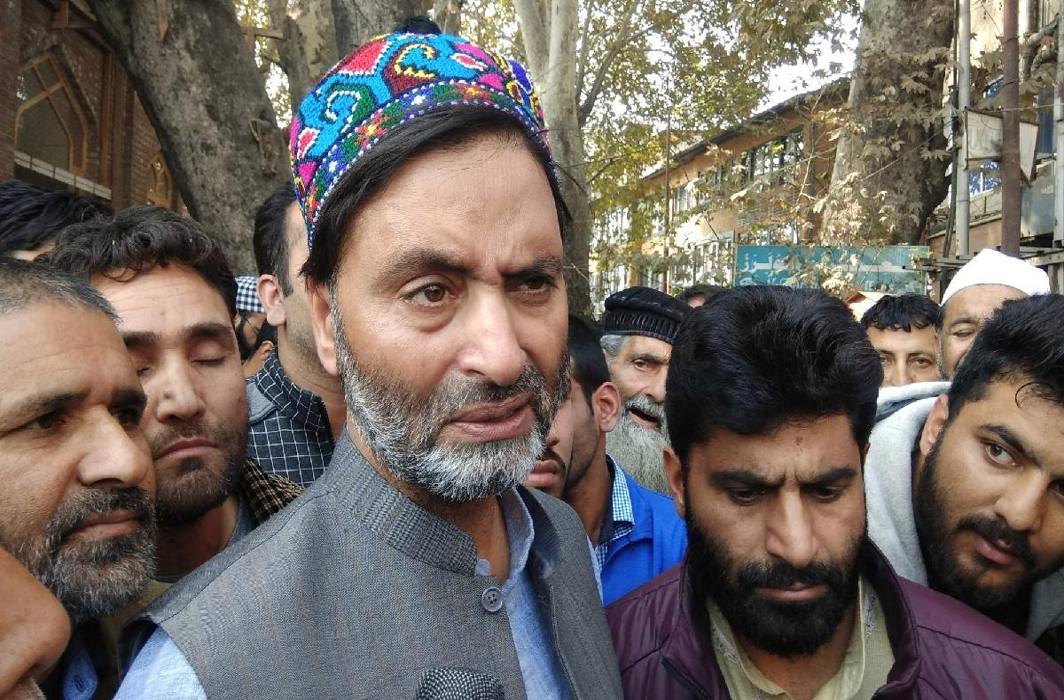 The convicted Kashmiri separatist leader Yasin Malik has been awarded life sentence for his terrorist activities and raising funds for terror.

The judgement was read out by Special Judge Praveen Singh.

The National Investigation Agency had argued for death penalty to be awarded to the separatist leader, who had already pleaded guilty to all charges.

The NIA had demanded the maximum punishment under Section 121 (Waging war against the government), which is the death penalty in this case. The minimum punishment is life imprisonment.

Malik also pleaded guilty under the stringent Unlawful Activities Prevention Act (UAPA), in a terror funding case.
Arguments were concluded in the case and security officers had taken Malik to the court for sentencing.

The defence had asked for life imprisonment instead of the death penalty.

In his defence, Malik said: “I was arrested within 30 minutes of Burhan Wani’s encounter. Atal Bihari Vajpayee allotted me a passport and India allowed me to make a statement because I was not a criminal.”

Yasir Malik had told the court that he has already given up arms in 1994 and started following Gandhian principles. He further said, “I have been doing non-violent politics in Kashmir ever since.”

In an emotional statement, Yasir Malik challenged the Indian intelligence agencies and said even if they can point out his involvement in any one terror activity or violence in the last 28 years he will retire from politics and also accept the death penalty.

The NIA had earlier said Malik has very smartly created a mechanism across the world to  raise funds for carrying out terrorist and other unlawful activities in Jammu and Kashmir in the name of the “freedom struggle”.

On May 19, Special Judge Parveen Singh had directed NIA  to assess financial situation of Malik to penalize him accordingly, in form of penalty or fine.
Malik has already pleaded guilty and said he will not contest any charge leveled against him under section  16 (terrorist act), 17 (raising funds for terrorist act), 18 (conspiracy to commit terrorist act) and 20 (being member of terrorist gang or organisation) of the UAPA and sections 120-B (criminal conspiracy) and 124-A (sedition) of the IPC.