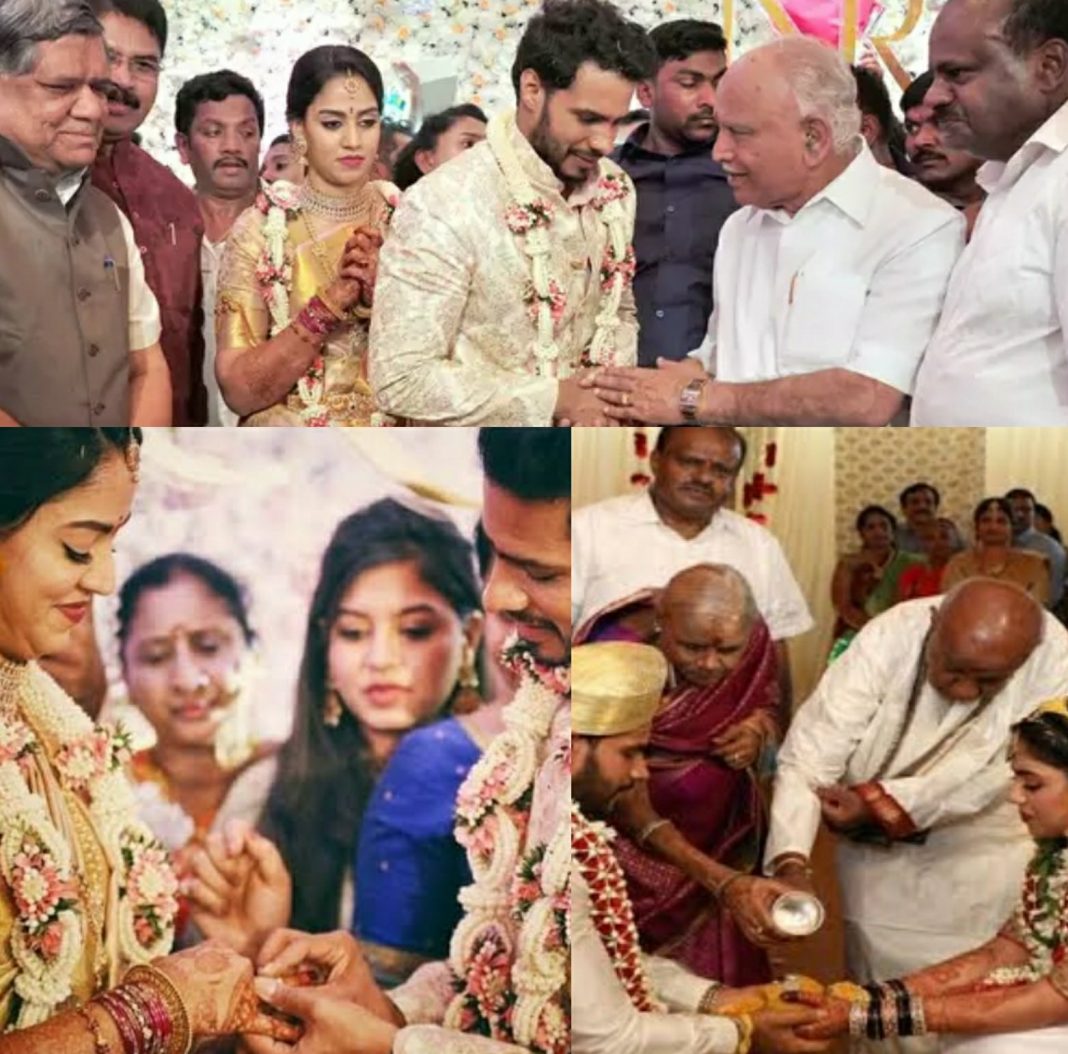 The former Karnataka chief minister HD Kumaraswamy’s hosted his son’s wedding in a “low key affair” at his family farmhouse in Ramanagaram. The wedding flouted all norms of social distancing that the government has asked citizens to follow. As soon as the pictures from the wedding went viral on social media, the former CM has come under scrutiny and criticism from people across the country.

His son Nikhil got married to grandniece of former Congress Minister M Krishnappa today. The whole country being in lockdown mode has not dampened the spirits of the former Karnataka Chief Minister.

Earlier, India Legal had reported that Kumaraswamy has decided to go ahead with the wedding of his son Nikhil Gowda’s at a farmhouse near Bidadi in Ramanagara district, backyard of the family farm house of former Prime Minister HD Deve Gowda.

The Janata Dal-Secular leader shifted the wedding venue to Ramanagam since Bangalore was declared a ‘Red Zone’ while Ramanagara falls under ‘Green Zone’.

Reportedly, Kumaraswamy had taken the permission of the state government of BJP YS Yedyurappa and given undertaking that all rules, including wearing masks, sanitisers and maintaining social distancing will be followed in the family event.

Though bitter political foes, the two CMs share a warm personal rapport.“Ramanagara district is Green Zone and  so I had decided to get the marriage done in Ramanagara itself. The coronavirus pandemic is a concern in some districts. But I pray that in this district none of these issues should arise. Even with this family function, we should not have any issues,” said the former CM.

He added that he had consulted several doctors in his family to evaluate the threat from the coronavirus before going ahead with his son’s wedding.

Cutting across party lines, Karnataka’s politicians have a habit of cocking a snook at rules when it comes to letting their hair down. Less than a fortnight go, a BJP MLA got into a controversy when he celebrated his birthday at a lavish party where more than a 1000 people were served a multi course meal. And last week, a congress politico was video graphed at a public swimming pool with his grandchildren when lockdown rules ban any such activity.