Lalu Yadav gets bail from Jharkhand High Court in Chaibasa case, to stay in jail for Dumka case 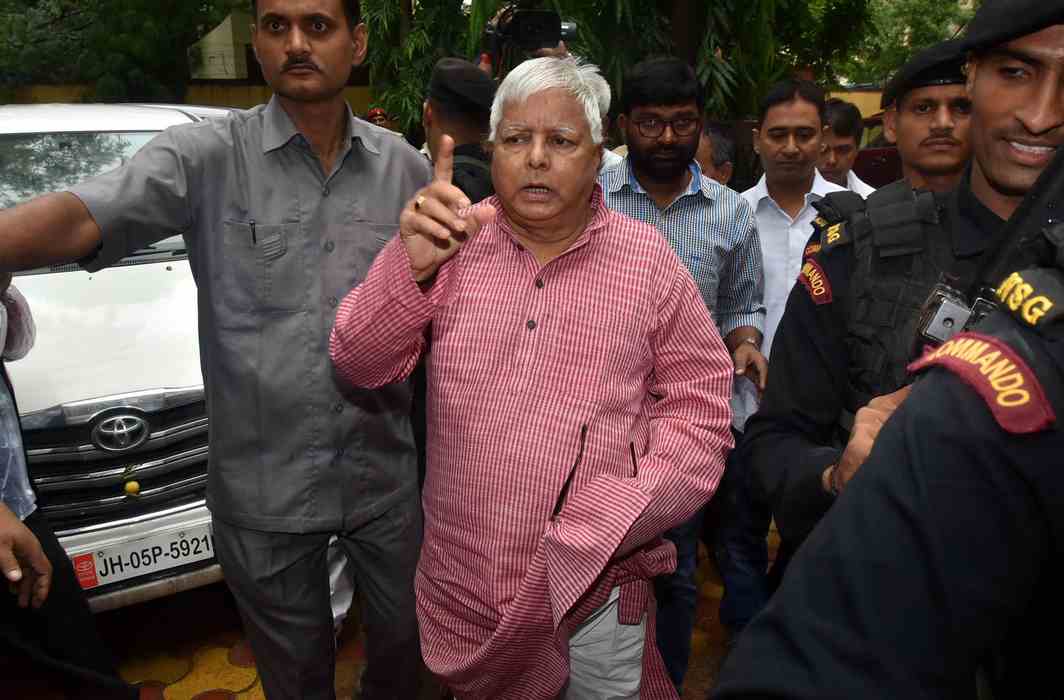 New Delhi (ILNS): Former Bihar Chief Minister and Rashtriya Janata Dal (RJD) supremo Lalu Prasad Yadav was today granted bail by the Jharkhand High Court in the Chaibasa treasury case related to the fodder scam. He, however, will remain in jail, because he is has yet to get bail in another case against him, the Dumka treasury case.

The latest development has come as somewhat of a relief for the RJD, just few weeks ahead of the upcoming Bihar assembly elections.

Convicted in four fodder scam cases so far, Lalu has secured bail in three cases. The fourth, the Dumka treasury case, is related to fraudulent withdrawal of Rs 3.5 crore from Dumka treasury (which is now in Jharkhand) during Lalu’s tenure as Bihar Chief Minister. This case is considered to be more complex. The court in March 2018 convicted Lalu for seven years under IPC and seven years under the PC Act and stipulated that the sentences would run consecutively for a 14-year term.

The elections to the poll bound state will be held in three phases, starting from October 28.