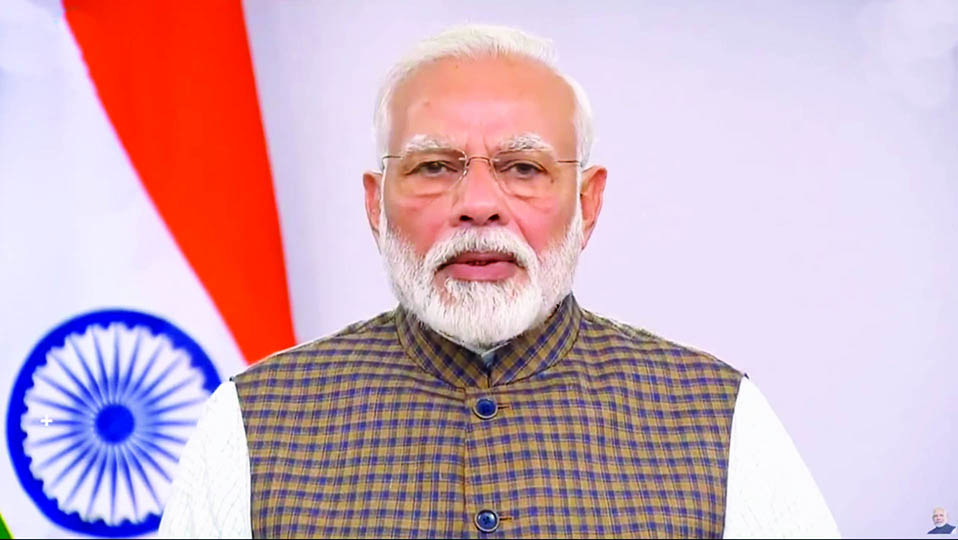 New Delhi (ILNS): A letter has been sent to Prime Minister Narendra Modi with a request to add Section 493A in the Indian Penal Code (IPC) to stop Conversion and Love Jihad.

The letter further states: “The evidence of the deceitful religious conversion is available in social media. Foreign funded individuals and NGOs are given a road map and monthly target of religious conversion. It is necessary to state that as per 2011 census, Hindus are 79 percent, down from 86 percent in 2001, (millions converted continue to record as Hindus to get reservation in Jobs and other benefits). Presently, Christians are majority in Mizoram (88 percent), Nagaland (88 percent) and Meghalaya (75 percent) and there is significant population in Manipur (42 percent), Arunachal (31 percent), Goa, Kerala, Tamil Nadu, West Bengal. Muslims are majority in Lakshadweep (96.20 percent), Kashmir (95 percent) Laddakh (46 percent) and there is significant population in Assam (34.20 percent), West Bengal (27.5 percent), Kerala (26.60percent), UP (19.30 percent), Bihar (18 percent). At this rate, if no action will be taken, Hindus will become minority in 2050 throughout the India, which was once a complete Hindu majority country.”

Upadhyay, has suggested that Government can maintain discipline and reduce forceful conversion by amending Section 493 IPC and adding Section 493A, whereby a convict found guilty would serve imprisonment of 5-10 years with fine of Rs 50,000 to 5,00,000. The letter further says that the Centre can empower the National Human Rights Commission to deal with the affairs of religious groups and analyze religious discrimination among them.

The letter addressed to PM Modi also demands enactment of a law which strictly bans or scrutinizes foreign funds which many a times operate under the hide of an NGO. The letter also says: “It is necessary to state with dismay that the Government has done little or nothing to stop religious conversions by force and luring gifts/money.”