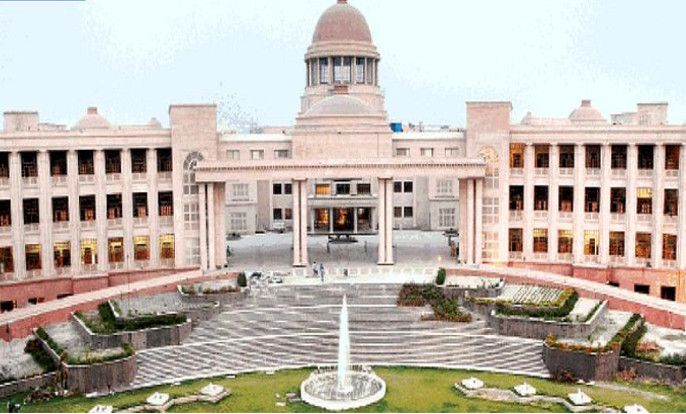 The Lucknow Bench of the Allahabad High Court has taken cognizance of the problem of traffic jams due to encroachment on both sides of the road from Nattha Tiraha to Durgapuri located near Charbagh railway station.

On a PIL filed in this regard, the court has ordered the District Magistrate, Lucknow to conduct an inspection by forming a team of officers.

The Division Bench of Justice Devendra Kumar Upadhyaya and Justice Subhash Vidyarthi passed this order while hearing a PIL filed by R.C. Pathak Advocate (In Person).

The Court observed that, near Charbagh Railway Station there is a road emanating from a trisection of roads known as Nattha Tiraha which goes to Alambagh and in the stretch of the road from Nattha Tiraha to Durgapuri on both sides there are some permanent / temporary encroachments.

Allegation in the writ petition is that on account of the said encroachments unusual traffic jams occur very frequently which cause a lot of difficulties to the commuters.

Further, submission made in the petition is that on account of these permanent/temporary encroachments the width of road which is available for actual use gets reduced causing lots of problems.

The court said that,

Removal of encroachment, as we understand, is primarily the duty of the local body i.e. Lucknow Nagar Nigam. So far as the traffic management is concerned, the district traffic police has to take appropriate and adequate steps to make the traffic smooth.

In the aforesaid view of the matter, we require the District Magistrate, Lucknow to hold a meeting of all the authorities concerned, namely, Superintendent of Police (Traffic) Lucknow, Nagar Ayukt, Lucknow, concerned Engineer of Public Works Department (if PWD is concerned with the maintenance of the road in question), appropriate Level Officer of Uttar Pradesh Metro Rail Corporation, Officer at appropriate Level of U.P State Road Transport Corporation and the Divisional Railway Manager, North Eastern Railway, Lucknow and discuss the issues raised in this petition.

This Committee is expected to cause a joint spot inspection by a team of officers and take appropriate measures for removal of encroachment and for providing smooth functioning of traffic so that people in the area may get rid of traffic jams occurring almost throughout the day. The said Committee shall take appropriate decisions in this regard and shall also evolve a time bound action plan which shall be acted upon accordingly.

The Court directed the District Magistrate, Lucknow to ensure that the action plan, which is evolved by the Committee, is implemented in a time bound manner.

“Standing Counsel is required to communicate this order to the District Magistrate, Lucknow who shall communicate it to all concerned, as observed above.

Accordingly, the Court disposed of the petition.