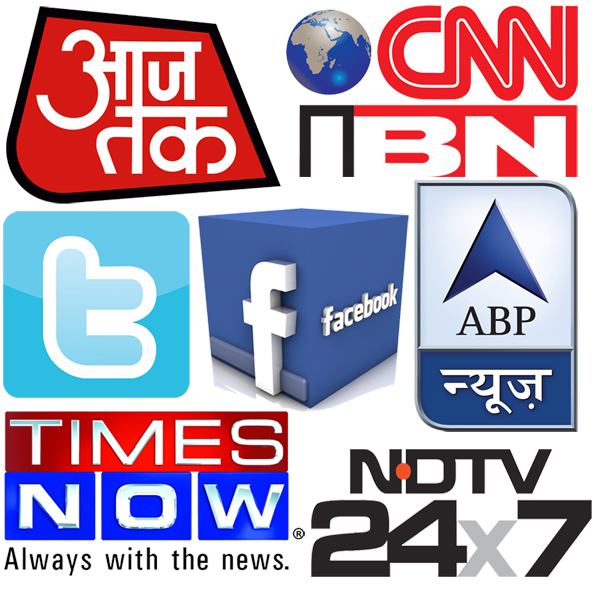 The idiot box, as television is popularly called, is now the Covidiot Box, thanks to a sharp spike in viewership, especially for news channels. Despite the fact that many news channels are struggling to cope with reduced staff, the genre is beating past records in viewership. That may seem obvious given the stay-at-home orders, but confirmation comes from the latest BARC India and Nielsen weekly report, which shows a 57 percent increase in news consumption on television, on average.

The Prime Minister’s lockdown announcement was the biggest-ever news event, with the number of unique viewers being higher than the IPL finals (133 million compared to 197 million who watched Narendra Modi’s address on television). While this spike is true of general television viewing, the highest growth has been seen in the news genre during the first week of the lockdown. The trend is likely to continue.

Earlier, a spike in news television viewership was only seen during the 9 pm primetime slot. Now, it is primetime all the time. That has also to do with the fact that many Indians have also stopped newspaper service out of the unfounded fear that newsprint carries the virus. This sharp spike in viewership, or impressions as the industry terms it, is true of the Hindi, regional and English news genre.

That spike is also reflected in digital media. The Nielsen report says news apps have seen eight percent more users per week along with an increase of 17 percent in time spent per user per week. The report also says the time spent on smartphones has increased by six percent over the same period.

The news is not so good for the print media. The shortage of staff has led to many working from home but only very few print outlets (The Economic Times, Business Standard) have invested in technology to enable publications to be brought out by the entire editorial staff, including page make-up, photo editors and designers. Most newspapers are operating with a small core team working in the office and reducing pages.

Magazines are feeling the pinch as well. Outlook, the weekly newsmagazine, has closed its print edition, with a message to its readers/subscribers saying: “we will continue to inform, engage and converse with you in the digital space…” Sportstar—the fortnightly sports magazine published by The Hindu Group—has also announced on Twitter that it has put on hold its print issue for the first time in nearly 43 years due to the coronavirus pandemic.

Meanwhile, even in the US, the weekly newspaper that served the NRI community has had to close down. The India Abroad newspaper shut down last week, citing a lack of advertisement to support the paper. On March 27, 2020, chairman and publisher Suresh Venkatachari informed readers that “India Abroad will cease its print publication at the end of March 2020. The last issue of India Abroad will be dated March 30.”

In the midst of the news maelstrom in the post-corona period, one genre that is generally ignored in media analysis and surveys is the radio industry. No longer. Among the video interactions the prime minister has been having with various stakeholders in the fight against the pandemic, was one with Radio Jockeys (RJs) via video conference last Friday.

The prime minister started off by appreciating the role played by the RJs in spreading awareness about Covid-19, adding that it was praiseworthy that even in lockdown, RJs are “discharging their responsibility”. Later, he tweeted: “I had an extensive interaction with Radio Jockeys from different parts of India. Radio has a major role to play in spreading awareness on ways to fight Covid-19. I shared some ideas on how the radio can do so and also heard their innovative ideas.”

He told the RJs that through the reach of their programmes, they are like members of families of millions of Indian households. RJs have a great responsibility not just to disseminate and disabuse superstitions but also motivate people. He exhorted the RJs to showcase and “constantly celebrate” the contributions of the local heroes like police officers, doctors, nurses and ward boys at the national level. The prime minister is, of course, a radio star himself, thanks to his Mann ki Baat radio address which he started in 2014.

Did you find apk for android? You can find new Free Android Games and apps.
Share
Facebook
Twitter
Pinterest
WhatsApp
Previous articleSwami Agnivesh Seeks Relief For Poor And Homeless Amidst Lockdown, SC Issued Notice
Next articlePIL in SC for Payment of Wages to MGNREGA Workers